Could cruise ships become floating hospitals in the war on coronavirus? 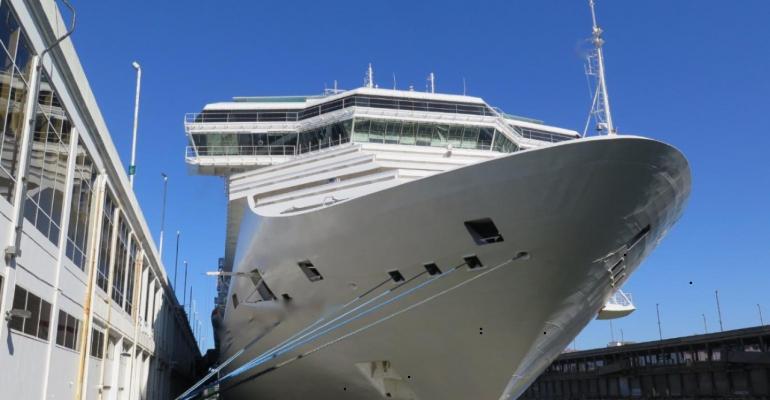 A need for hospital beds in major cities like New York. Here, a cruise ship alongside at the Manhattan terminal

The feasibility of using cruise ships for medical support in the war on coronavirus is under discussion.

While some think it's a good idea, it poses enormous complexities.

'It would be a really good thing,' according to Peter Hult, CEO and president, Vikand, a leading provider of medical services to more than 170 cruise ships globally. He pointed to the need for hospital beds in major cities like New York.

Military hospital ships are called up

President Trump on Wednesday said he was dispatching two military hospital ships to help with the crisis. USNS Comfort is going to New York Harbor, while USNS Mercy is being readied to deploy to a location on the US West Coast.

Military ships are used to treat trauma and combat casualties and are not equipped with contained spaces to handle infectious diseases. However, they could help take the pressure off shoreside hospitals by taking over non-coronavirus cases.

That likely would be the idea with cruise ships, as well.

Or they might be used to quarantine people who have been exposed but are not seriously ill, an idea being considered for an Italian ferry, according to news reports.

If it were possible for a cruise ship to be used for medical purposes, specialized equipment and adaptations would be needed. And, afterward, it might be difficult to bring back into service because of public perceptions. For that reason, Hult said, lines may be looking at using vessels they intend to retire.

There is going to be plenty of surplus cruise ship capacity in the near future, with hundreds of vessels temporarily going out of service. Given that it may be hard to get people cruising again, for reasons of perception and/or economic stress, lines may be faced with laying up ships longer anyway.

Veteran cruise executive Bruce Nierenberg, a proponent of cruise ships for medical support, brushed off concerns about image problems for a ship that does hospital service. If it were not possible to thoroughly sanitize rooms, people would never be able to visit hospitals that have treated infectious disease cases, he argued.

'Part of the solution'

Moreover, such an effort would let cruise lines become 'part of the solution instead of being constantly portrayed as a contributor to the problem as they originally were,' Nierenberg said.

Even a single cruise ship with 2,000 beds could make a big difference, according to Hult, who noted all the cooking and support facilities are there, and medical staff could be housed on board.

Cruise ships have been used for disaster relief before, for example, as housing for first responders following the earthquake in Haiti and Hurricane Katrina in New Orleans. And a flotilla of ships delivered food, supplies and skilled personnel after Hurricane Dorian last year.

'I think the cruise industry is perfectly positioned to do this. It's the right thing to do,' Hult said.

Major cruise operators did not respond to requests for comment.