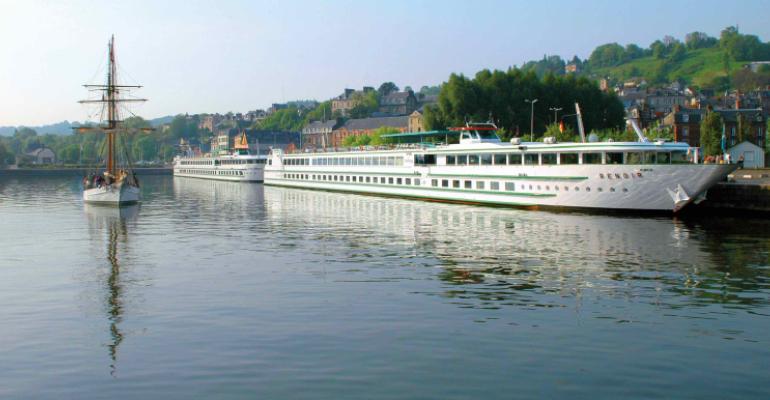 CroisiEurope vessels on the Seine

The end of France's health emergency on July 11 will also signal the return of river cruising, authorized by the Defence and National Security Council over the weekend.

This is good news for Strasbourg-based CroisiEurope.

Operations planned on all French rivers, with fewer vessels

'We are very happy with this decision,' said Lucas Schmitter, e-commerce and sales director. 'We had expected a recovery on July 13 with our itineraries.' The company is going to operate on all French rivers, as announced, even if it reducing its fleet on some of them, such as the Rhine (three ships instead of four) and the Seine (two instead of three).

Schmitter said CroisiEurope will resume its international cruises on the Rhine and the Danube at the end of July/beginning of August. In August the company will also restart sailings on the Douro in Portugal and on the Guadalquivir in Spain. Only far-away cruises are not scheduled. Also, some theme cruises were canceled or revise.

CroisiEurope's flexible reservation and payment policy played a role in keeping many loyal customers from seeking refunds and attracted some new travelers. The company is also working with Bureau Veritas to achieve the Safeguard label, verifying effective infection control measures.

Bookings from France and beyond

'We have bookings from France, but also from Switzerland, Belgium and Germany,' Schmitter said. 'We also hope to have some from Spain and Denmark. Even if our activities were considerably reduced, we are more optimistic than three months ago.'

One ocean vessel set to sail, the other on standby

There is no problem or restriction for La Belle de L'Adriatique, which will sail in August along the Croatian coasts. As for the 130-passenger La Belle des Océans' departures from Nice for cruises around Corsica, 'We hope to get an official authorization from the government at the end of June or the beginning of July,' Schmitter said. Those cruises are to take place from July 26 until Oct. 11.