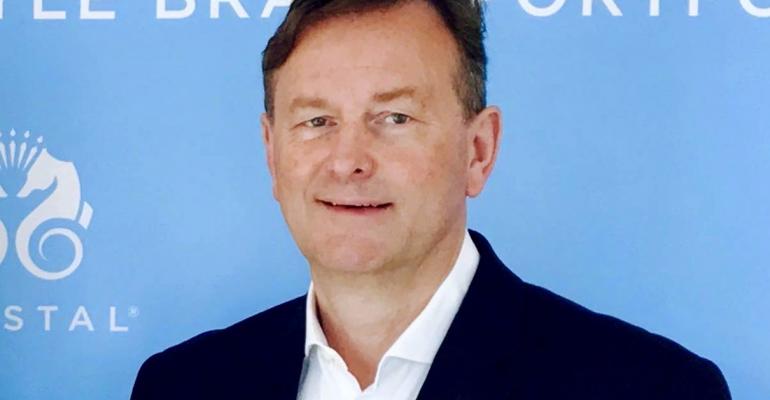 Toni Neumeister — a passion for food and beverage, always ready for an adventure and discovering new things
Toni Neumeister, a gifted culinary professional who was key to developing the nuances that rewarded Crystal with 'world’s best' accolades year after year, died early Sunday in Los Angeles.

'Toni was part of the fabric of Crystal for 25 years as a cherished friend, colleague and consummate leader for our Crystal family on board and ashore,' Crystal President and CEO Tom Wolber said. 'His expertise and energizing spirit will be greatly missed throughout our company and the industry. The team and I are honored to continue his legacy with a firm focus on the impeccable standards he always held.'

Neumeister was SVP operations the past three years and before that, VP food and beverage operations for a long stint.

Passion for the culinary arts

His passion for the culinary arts led to alliances with renowned chefs, including Crystal's long-standing partnership with Nobu Matsuhisa, and the creation of the Crystal Wine & Food Festival program.

'He was one of the greatest guys I ever worked with, one of the best guys in the industry,' said Dietmar Wertanzl who, as SVP hotel operations at Crystal in 1995, brought in Neumeister as corporate culinary director.

'He was like a sponge. If I would be a mentor, he was one of the best students I ever had,' Wertanzl said. 'He was dedicated to operational excellence. You could always count on him to deliver. He was driven by quality and continuous improvement, always doing better. He had a passion for food and beverage. He was a team player and, at the same time, a team captain.'

Plus, Neumeister was 'always ready for an adventure and discovering new things. Every time we were in a restaurant he'd say "What can we learn? What can we take from the experience to use to improve?"'

Wertanzl introduced Neumeister to Los Angeles celebrity chef Wolfgang Puck, a fellow Austrian, and 'they became great buddies and professional admirers of each other.' They had much in common, Wertanzl said. Along with their culinary mastery, both were down to earth.

While working as a traveling corporate chef at Royal Viking Line earlier in his career, Neumeister was dispatched by Christian Sauleau, his boss, to court some of the world's greatest chefs for their recipes. He came back with a treasure-trove that was used to create a new menu cycle.

'Toni was a great professional and a great colleague, highly respected and he cared for people,' Sauleau said.

When Sauleau left Royal Viking to lead operations at Silversea in 1994, he brought along Neumeister as director of culinary programs, where he helped shape the brand in its early days. But within a year he was enticed to Crystal by Wertanzl, another Royal Viking veteran.

'It was an offer he couldn't refuse,' Sauleau said.

Crystal proved to be his longtime home, and he met his future wife Jacqueline on the ships.

'He loved the luxury niche and [strived for] only the best,' Wertanzl said. 'He was highly dedicated.'

Neumeister hailed from the village of Paldau near Feldbach in Austria's Styria. He was educated at Bad Gleichenberg, a top hotel school, where he had classic European training as a chef. He worked at prestigious European hotels before going to sea as a chef for Royal Viking.

Neumeister is survived by Jacqueline and a grown son in Austria. He was also a proud grandfather.