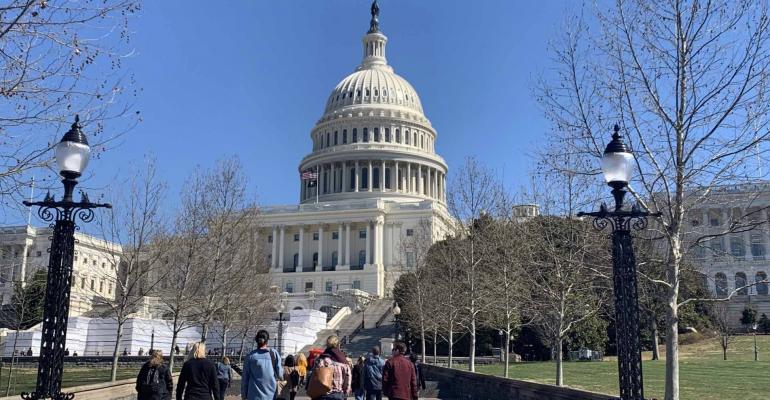 Congress and the Trump administration agreed on a $3 trillion package. The details are still being worked out

Cruise stocks were big gainers in Wednesday's market rally as US lawmakers and the Trump administration agreed on a $2 trillion coronavirus relief package.

Travel-related stocks had already begun to rebound in recent days in anticipation of the economic stimulus.

Even though news outlets reported the bailout would help the cruise industry, neither Cruise Lines International Association nor major cruise operators had anything to say about themselves on Wednesday.

What's known is that travel advisors are getting help, and they are critically important to the health of the cruise business.

As the bill currently stands — it's possible changes will be made before it passes Congress and gets signed into law by the president — travel advisors would have access to several assistance programs.

According to the American Society of Travel Advisors, the $25bn chunk of the relief package designated to support passenger airlines will benefit travel sellers.

ASTA explained the treasury secretary is authorized to make up to $25bn in loans, loan guarantees and other investments in support of passenger airlines, 'ticket agents' — the statutory term for travel agencies — and other related aviation businesses. The treasury secretary must consult with the secretary of transportation in allocating these funds. ASTA said that once the bill is enacted, it will work with the treasury and transportation departments to implement this provision.

Other elements that should help travel advisors include small business interruption loans/paycheck protection, economic stabilization loans for severely distressed sectors and unemployment benefits for the self-employed.

The latter, ASTA said, was a priority given there are currently around 40,000 independent contractors working in the travel industry. Their business income has seized up along with every other part of the industry, but these self-employed individuals typically do not have access to federal and state unemployment benefits.

Along with ASTA, it's also known the cruise industry had been strongly advocating for travel sellers.

'We know they're hurting and we are determined to help their comeback, right alongside ours,' said Rob Zeiger, global chief communications officer, Royal Caribbean Cruises Ltd.

There may be other elements in the massive relief package that benefit cruise lines, but those were not immediately clear.

In a recent interview, Carnival Corp. President and CEO Arnold Donald said a cash bailout was not sought from the government, however loan guarantees would be helpful.

Loan guarantees would facilitate securing additional financing to boost liquidity and help keep cruise lines afloat as they ride out the business downturn.