Cunard to award QM2 crossing in 'Let Them All Talk' sweepstakes 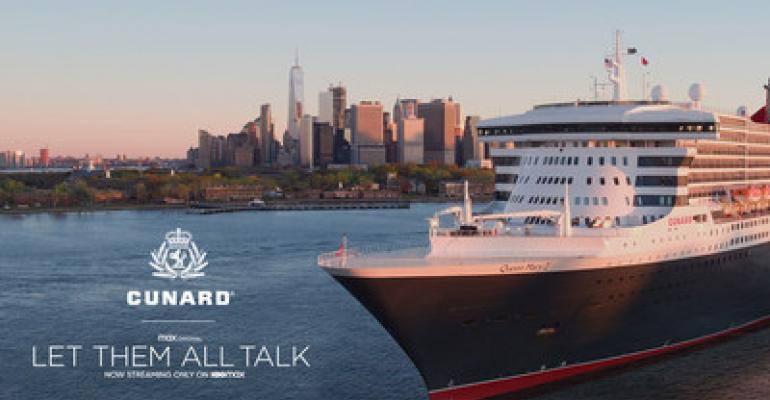 In tandem with the recently released HBO Max film, 'Let Them All Talk,' primarily set on Queen Mary 2, Cunard opened a sweepstakes offering a winner and their guest the chance to sail on a trans-Atlantic crossing.

The crossing will be aboard Queen Mary 2, from New York to Southampton.

'Let Them All Talk' is directed by the award-winning Steven Soderbergh and stars Academy Award winners Meryl Streep and Dianne Wiest and Emmy winner Candice Bergen.

Mirroring the film, the sweepstakes winner will travel in the same sumptuous Queens Grill suite that was occupied by Streep's character. The prize is valued at approximately $33,000.

Open to US residents

The sweepstakes is open to legal residents of the 50 US states and the District of Columbia, through March 31. The winner will be notified on or around April 8.

North Americans can sign up for HBO Max to stream 'Let Them All Talk.' Stay tuned for details on the international distribution of the film.