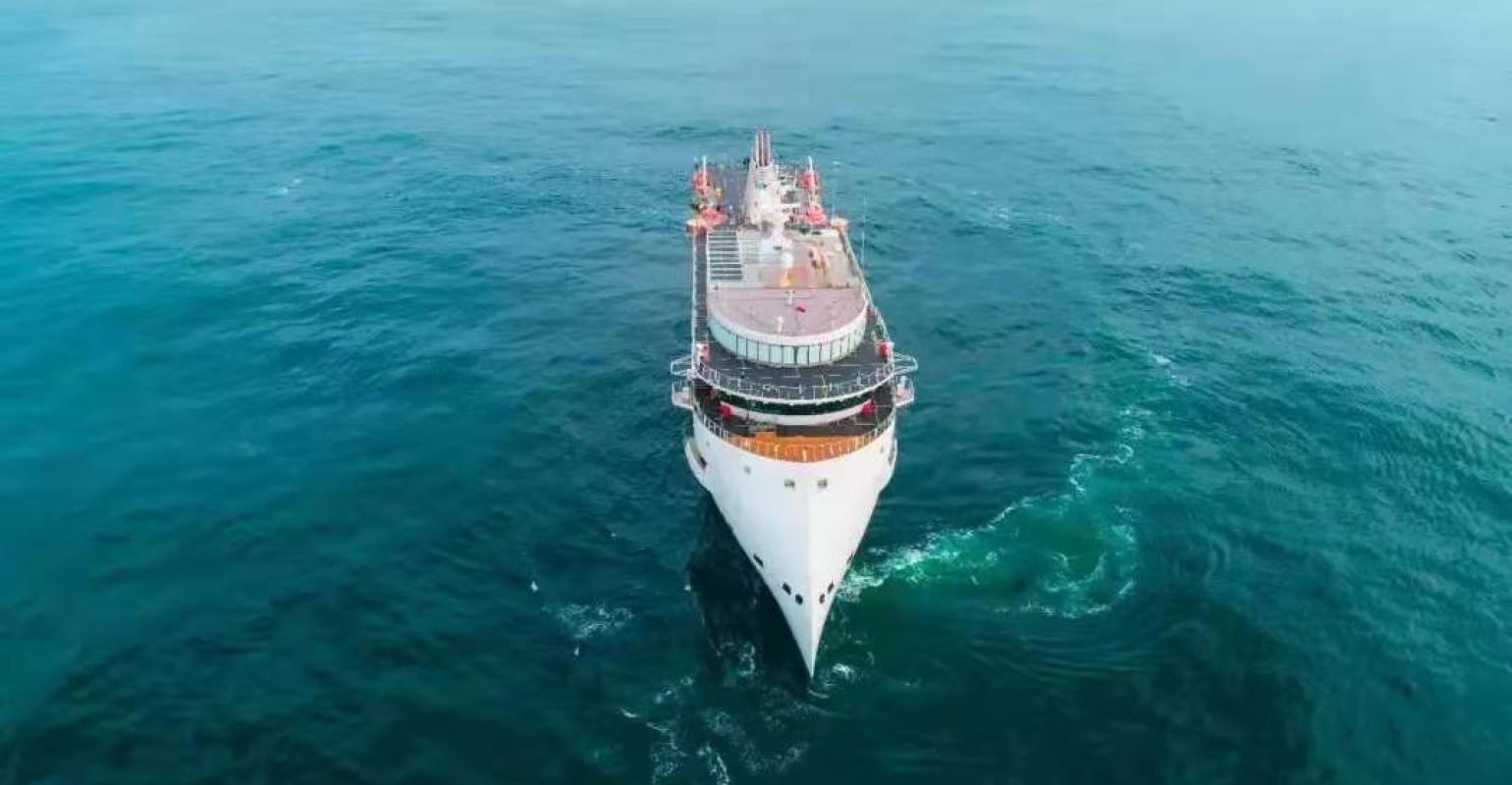 The first Infinity-class vessel, Greg Mortimer, was delivered in September

Damen Marine Components (DMC) has received the contract to supply the rudders and steering gear for the fifth Infinity-class vessel to be built for SunStone Ships by China Merchants Heavy Industries to an Ulstein design.

The contract was awarded once again by propulsion specialist Brunvoll Volda, with whom DMC is working on this ongoing series.

The ATLANTIC is a full-spade rudder with a surface area of eight square metres and steering gear torque of 110 kNm.

The COMMANDER steering gear has just one moving part and a second-generation compact actuator for the smoothest rudder movements. Mounted inside closed housings, DMC’s advanced sealing technology prevents internal leakage and ensures a greatly extended seal life. The result is trouble-free operation for more than 60,000 hours between inspections.

The DMC components are an integral part of the system supply from Brunvoll, consisting of gearboxes and propellers, rudders, steering gear, a tunnel thruster and control systems. The propulsion system is a twin-screw, diesel-electric configuration.

‘This is a strategically important contract for Brunvoll as it confirms our position as an integrated system supplier of propulsion, manoeuvring and control systems to the cruise segment,’ says Geir-Arne Kaspersen, vp sales of Brunvoll Volda.

Sunstone Ships specialises in the commercial management of passenger ships and is responsible for the buying, selling and chartering of its managed fleet. In line with its focus on the small ship/expedition cruise segment the Infinity class is 104mtr long, has a beam of 18mtr wide and a draught of 5.3mtr. The ships can accommodate up to 200 passengers and 115 crew members, and are built to Ice Class 1A, Polar Code 6 and Safe Return to Port specifications. Additional features include Ulstein’s patented X-BOW® design, dynamic positioning and zero speed stabilisers.

The first ship in series, Greg Mortimer, was delivered in September 2019 and is chartered to Aurora Cruises Australia. The next five vessels; Ocean Victory, Ocean Explorer, Ocean Odyssey, Ocean Discoverer and Ocean Albatros are scheduled for delivery in, respectively, September 2020, February 2021, March 2022, September and October 2022. A seventh order was inked with CMHI in May for delivery in September 2021.