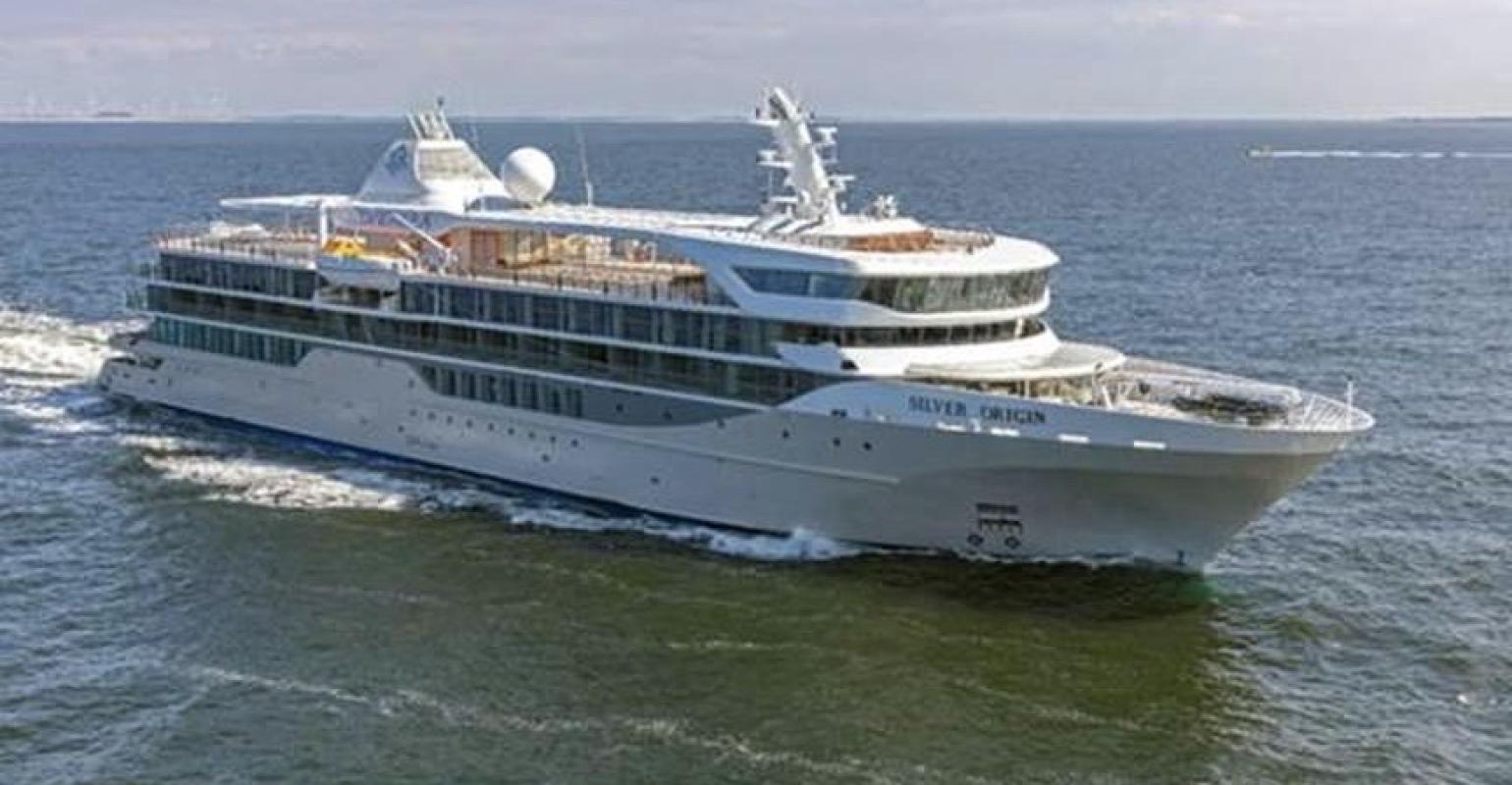 Silver Origin’s sea trials included a first: The dynamic positioning system was remotely tuned and calibrated by a third party more than 1,800 kilometers away

Silversea Cruises is preparing to take delivery of Silver Origin, following what it called a great display of resilience, determination and European craftsmanship from Dutch shipyard De Hoop.

Forging (safely) ahead in lockdown

During the global lockdown, De Hoop implemented rigid safety procedures, reduced its workforce and devised ingenious ways to overcome challenges, including a world-first during the ship’s sea trials.

On March 15 — four days after coronavirus was declared a pandemic — the Netherlands implemented a national lockdown, and the country ground to a halt. Relatively isolated in Lobith, a remote corner of the Netherlands, De Hoop shipyard offered its approximately 250 employees the option to stop working.

While many were forced to return to their families or to their country of origin before borders closed, approximately 200 employees — mainly skilled carpenters — opted to continue, and work on Silver Origin's suites continued. Many employees were accommodated in an on-site residential facility, Barge Rossini, which had a reduced capacity from 200 to 100 for safety purposes.

In addition to the rigorous protocol imposed by the Dutch health authority, RIVM, De Hoop’s professionals were protected by sanitary procedures developed by the yard itself. They underwent daily temperature checks; enhanced cleaning procedures were established in the living quarters, the crew mess and throughout Silver Origin; and strict social distancing measures were implemented, including a 1.5-meter separation rule and a one-way system throughout the ship.

As a result, contact circles were reduced, meetings were canceled and fewer people were allowed in each area of the ship. Video calls replaced face-to-face conversations as flights were canceled and contractors could no longer reach the yard. Supplies were cut off. Carpeting, loose furniture and the art collection were delayed in arriving, while Italy's closure disrupted the installation of the ship’s windows and galley.

The lockdown threatened the project’s progress. Small hurdles became giant obstacles, but still the team persevered and as the world around it came to a stop, De Hoop pushed on. The shipyard fundamentally changed the way it operated to continue the project. None of the employees caught the virus and the team maintained a strong spirit as Silver Origin took shape, a symbol of the resilience and craftsmanship of European industry.

While shallow waters on the Waal River delayed Silver Origin's float-out from November to Dec. 30, January and February brought heavy rain to Western Europe, leading to unusually high water levels. This prevented Silver Origin and Barge Rossini from passing beneath the 12 bridges that separate De Hoop from the sea. Only on March 26 was a safe passage to Rotterdam accessible, more than a month later than originally planned. This left just four weeks between arrival in Rotterdam and the sea trials.

Held April 27-29 off the coast of Goeree-Overflakkee, Silver Origin’s sea trials were a great success, Silversea said, offering the captain the chance to put the ship through its paces and enabling the yard to demonstrate proper operation of the machinery systems.

Necessitated by the travel ban, which prevented subcontractors from reaching the ship, the trials included a first: During the dynamic positioning acceptance test — which tests the ship’s ability to remain within 10 centimeters of a fixed point without dropping anchor — the dynamic positioning system was remotely tuned and calibrated by a third party in St. Petersburg, Russia, more than 1,800 kilometers away. A fast Internet connection was set up on board to enable near-instant communication between both parties and, using a headset and a camera, an operative from St. Petersburg completed maneuvering tests. The captain acted as his lookout from on board.

'This was the first time such an operation has been completed remotely during a sea trial,' said Fre Drenth, director of De Hoop Shipyard. 'The tuning was successful and took no longer than usual. It demonstrates that it is possible to tune dynamic positioning systems remotely. It could potentially save a lot of travelling time for engineers in the future. I am enormously proud of my team for their work.'

'We usually have a large team that participates in the sea trials, but this year was different because of the extraordinary situation,' added Vesa Uuttu, director of Newbuilds & Site Office NL, Royal Caribbean Cruises Ltd. 'Hence, a limited team participated, enough to comply with regulations. It was a proud moment to see the ship perform as it did for all involved, especially the team at the De Hoop Shipyard who have worked tirelessly to complete the project in these tough circumstances.'

'We are so grateful to the professionals at the De Hoop shipyard,' Silversea CEO Roberto Martinoli added. 'In the face of such adversity, their efforts were extraordinary and represent the resilience of European industry. Silver Origin looks magnificent. Our pioneering new ship represents the dawning of a new age of travel in the Galápagos Islands and we look forward to welcoming guests aboard when the time is right.'

The finishing touches are now being applied ahead of delivery in the coming weeks. And the De Hoop team is still finding innovative ways to progress, in spite of the challenging circumstances. Currently docked in Pernis in the Netherlands, Silver Origin will set sail for the Galápagos Islands after delivery.

Forty-five members of De Hoop’s workforce remain on Barge Rossini, and the yard intends to maintain their strict new sanitary protocols for the long term.