Developments could trigger new itineraries on the Americas' Pacific coast 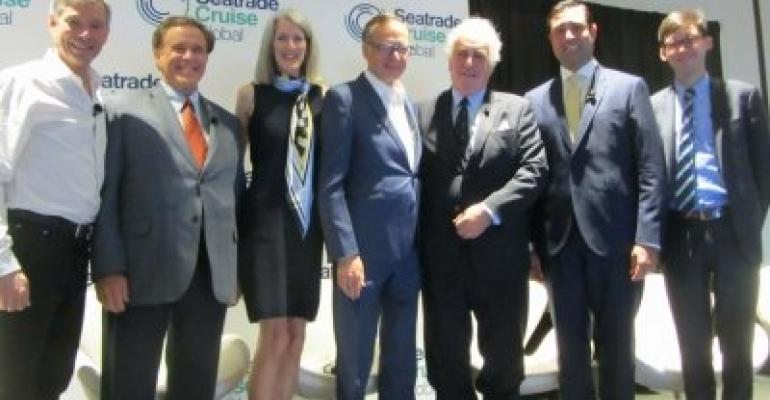 There may very well be some new options in Central and South America, given a number of new terminal plans, such as the Panama Cruise Terminal on Perico Island in Amador Causeway, Panama City, and the Miraflores project in Lima, Peru. Add those to the recently opened facility in Manta, Ecuador.

Alejandro Agustín Moreno, deputy administrator of the Panama Maritime Authority, envisions the new Panama facility could become a homeport with itineraries north to Central America or south to Colombia, Ecuador and Peru.

Jess Peterson, director - itinerary and revenue planning for Windstar Cruises, said his company already homeports in Colón (on the Atlantic side) seasonally for canal cruises to Costa Rica. “We’re excited about the potential, but I don’t see us changing homeports from Colón,” he said. “But we could see other cruises that make sense.”

Giora Israel, SVP port & destination development group, Carnival Corp., pointed out 95 percent of his company’s business is in seven-day itineraries. Heading north to Central America and its established infrastructure is initially more attractive, he said, but new itineraries heading south are possible, although most options would tend to be longer.

“We already homeport in Colón and turn right into the canal,” Peterson said. “I could see over the next couple of years turning left instead, but the question is just how far south do we go?”

Sebastián Montero, executive director of the Southern Cone Ports Corp. (Cono Sur) noted that Chile has amended its cabotage laws to make it easier for cruise ships to develop itineraries along his country's long coast without having to call at a foreign port.

Up north, Alaska is experiencing steady growth of 16 percent this year and a projected 7 or 8 percent next year, when the numbers of passengers could exceed 1.4 million, said John Binkley, president of Cruise Lines International Association Alaska. Some cruise lines are investing in the infrastructure in the state, such as Norwegian Cruise Line Holdings' plan to develop a second cruise pier at Icy Strait Point in Hoonah, Alaska. The pier is scheduled to be completed for the summer 2020 season to accommodate the Breakaway Plus-class ships.

Alaska’s growth in cruise passenger numbers is partly attributed to larger ships that can visit now that they can traverse the expanded locks of the Panama Canal. But further growth is constrained by two homeports – Seattle and Vancouver – that can get congested when many ships depart on weekends, Israel said. However, he added, “the expedition business still has a lot of space to slide in between all these large ships.”

Peterson noted that Windstar has fewer issues because it offers longer cruises and can visit smaller towns like Wrangell and Valdez.

Peterson said California is requiring 80 percent of ship calls to use shore power by 2020. Windstar ships are not equipped for cold ironing because they travel all over the world and few small ports offer it. It can cost $500,000 to $1 million to equip ships for shore power. If California requires this for Windstar, “we will just not go,” he said. “Our ships go to California maybe once a year at most. A more reasonable approach would be if a ship visits a certain number of times a year. It doesn’t seem to make sense to turn us away.”

The potential is there for more cruise development on the Pacific coast of the Americas, Israel said in conclusion. “The potential for this entire amazing coast is growing,” he said. “And we haven’t even mentioned the Galápagos. There’s something for every brand, every size cruise line, every source market, but let’s look at it in chunks rather than totality.”