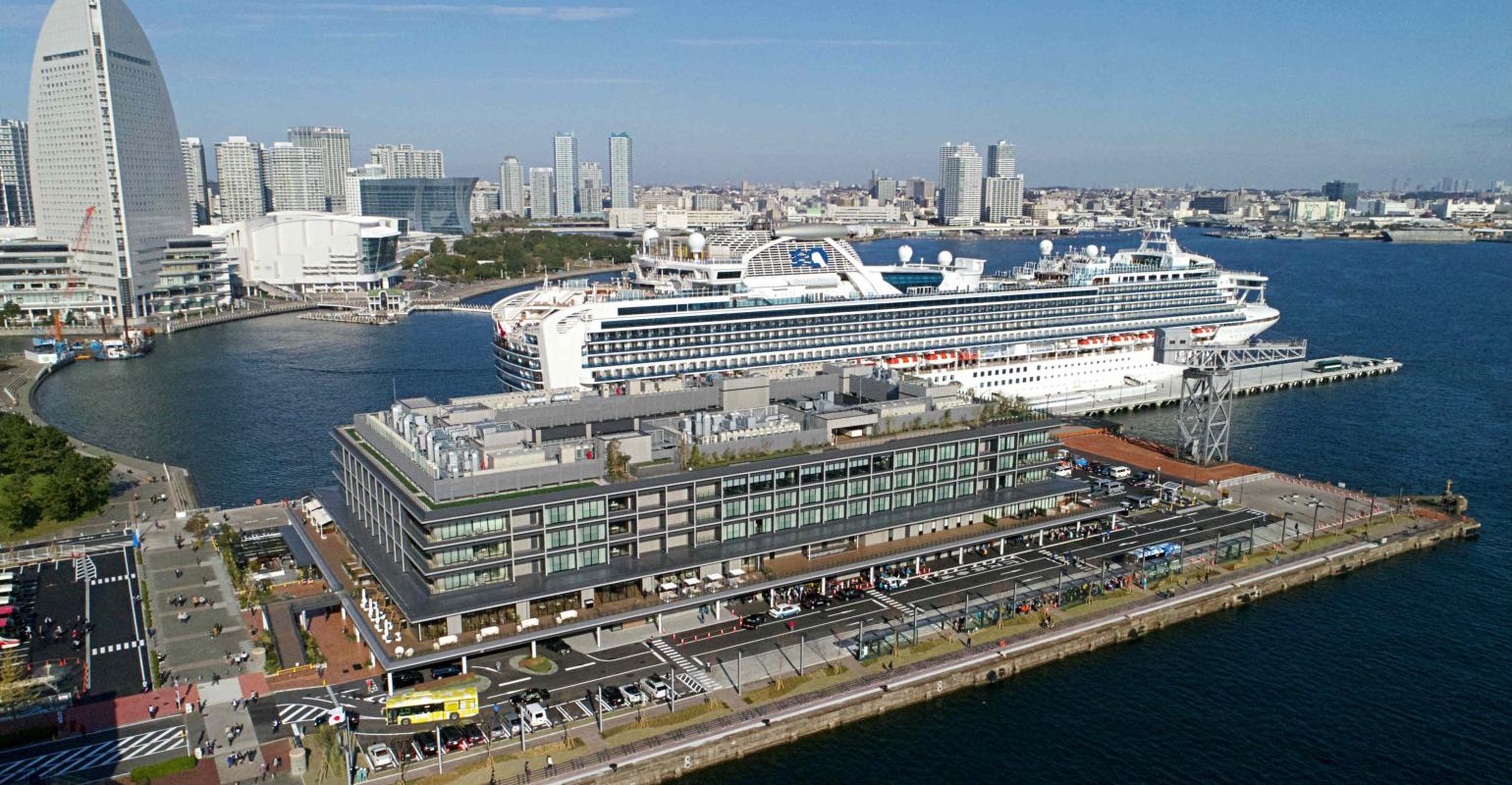 The berth is 340mtr and 9.5mtr depth for accommodating cruise ships up to 110,000gt and it is the first cruise terminal in Japan to include a commercial area and a hotel.

Named the Yokohama Hammerhead Project after the port’s old quay crane installed at Shinko Pier in 1914, the crane is undergoing restoration and will stand in a park near the terminal opening by the end of next year.

In the evening around 5,000 people gathered on the quayside waving yellow flags and hankies to bid goodbye to Diamond Princess.