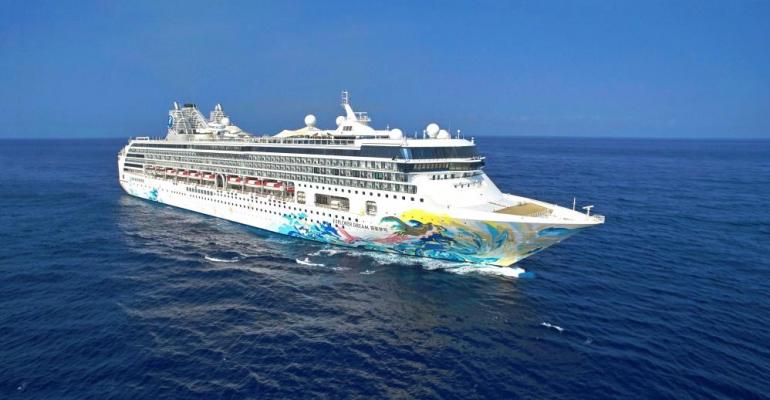 The cruises, for Taiwanese travelers, will depart from Keelung and call at Penghu, Matzu and Kinmen islands.

'After months of detailed planning with the authorities to ensure the safety and health of guests and crew, we appreciate the approval of Explorer Dream resuming cruise operations in Taiwan,' said Tan Sri KT Lim, chairman and CEO of Genting Hong Kong.

This follows the resumption of coastal cruises in Norway by Hurtigruten and Norway-Denmark cruises by SeaDream Yacht Club this month. River cruises have also resumed in Europe, and in July ocean cruises are expected to start from France and French Polynesia, as well as on the US rivers.

Experience from serving as worker housing in Singapore

Genting's new standard operating procedures to ensure passenger safety draw on the company's first-hand experience from the charter of two of its ships in Singapore to house foreign workers and work with classification society DNV GL to receive a Certification in Infection Prevention for the Marine industry.

Genting considers Taiwan the ideal destination to resume Dream Cruises’ operations given the company’s 25 years of history with the island as both a destination and a homeport. Taiwan’s low numbers of COVID-19 cases compared to global figures have also been lauded by experts as one of the most effective response scenarios in the world.

Thanks to this success, the local authorities are now working to reinvigorate their economy and open tourism. To support this, Dream Cruise will offer these island-hopping cruises for Taiwanese travelers.

'We thank Taiwan for their initiatives to re-start their economy and the tourism industry and the trust they have placed in Dream Cruises,' said Kent Zhu, president of Genting Cruise Line.

During the past few months, Genting Cruise Lines said it completely re-examined and enhanced all of its health, hygiene and operating protocols to ensure a safe environment for everyone on board, including social distancing in dining, entertainment and public areas, 100% fresh air ventilation in staterooms and operations throughout the ship. In early April, Genting became the first cruise operator to detail its planned procedures.

Explorer Dream also became the first ship to receive DNV GL's Certification in Infection Prevention for the Marine industry, which verifies the procedures and systems in place for the proper prevention, control and mitigation of infection.

In accordance with Taiwan’s regulations prior to resuming sailing, Explorer Dream has undergone a thorough deep cleaning and observed strict quarantine procedures for crew. The majority of crew will be from other Genting ships that have been quarantined for the last three months and all will undergo a mandatory 14-day quarantine on land after the ship arrives in Keelung June 30.

Upon negative nucleic acid test results, they will undergo an additional seven-day isolation period aboard Explorer Dream for a total of 21 days of preventive procedures before operations begin July 26.