End of the road for FTI Cruises 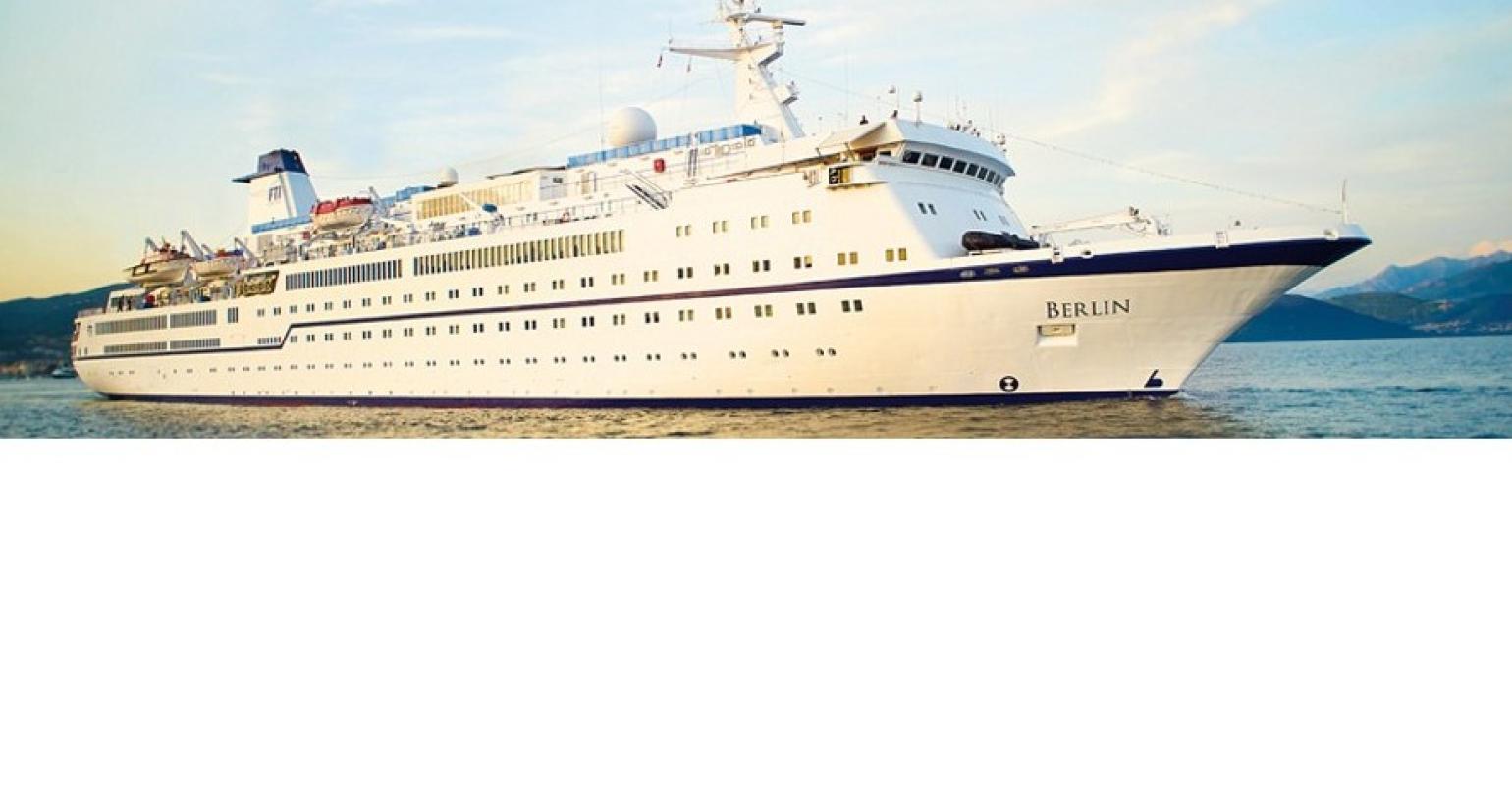 The 1980-built Berlin is being advertised for $2.5m by a US-based broker
Munich-based FTI Cruises, a member of the FTI Group, is closing in a restructuring of its parent company sparked by the coronavirus pandemic.

The line's sole ship, the 1980-built Berlin, is being advertised for sale at $2.5m. German industry insiders speculate that given her age, she might go for scrap.

FTI Cruises has removed most of the content from its website, where a banner states that bookings will no longer be accepted. When operations cease Nov. 1, the ship is not expected to resume operations for FTI.

A US-based broker is touting Berlin as 'very well priced for a cruise ship of this size and capacity.' The broker said Berlin underwent its most recent major refit in 2017, was most recently docked last year and is fully operational.

Apart from FTI Cruises, the FTI Group will also close LAL Sprachreisen, Fly.de and Touristic24 by the end of the business year. This will trim about 20% of the payroll costs.

Established by Dietmar Gunz as Frosch Touristik in 1983, the Group today has about 12,000 employees globally.

In the spring, Egyptian entrepreneur Samih Sawiris gained control of FTI by acquiring 75.1% of the parent company FTI Finanzholding. Sawiris joined the FTI Group in October 2014 and owned a 33.6% stake before buying the majority shortly after the COVID-19 outbreak.

In 2011, FTI acquired Spirit of Adventure from Saga Cruises and introduced her as FTI Berlin under the newly established FTI Cruises. From 2014, the ship sailed as, simply, Berlin.

FTI Cruises remained a single-ship line with operations coordinated by a subsidiary company in Greece. In 2017/18 the company planned to acquire a second vessel with a capacity somewhat exceeding the 412-passenger Berlin, but those plans never materialized.

Built for the now defunct Reederei Peter Deilmann at Kiel's HDW shipyard, the ship spent most of its life cruising for the German market. In 1986, Berlin underwent a 16.8-meter lengthening and subsequently became the title vessel for the German TV series 'Das Traumschiff' (The Dream Ship) for a dozen years. The series helped popularize cruising in Germany, and still today Berlin is among the country's best known ships.

Its celebrity — and the return of the original name — helped FTI Cruises to market the vessel which is, although cozy and comfortable, small and rather dated by today's standards.