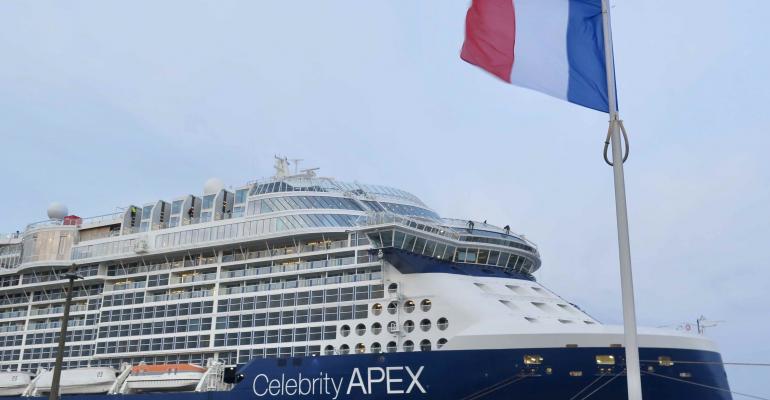 Celebrity Apex is nearing completion at Chantiers de l'Atlantique. The French shipbuilder could come under Italy's Fincantieri in a proposal being studied by EU antitrust authorities

European antitrust officials intend to reach a decision soon on the plan to put the French shipyards of Chantiers de l'Atlantique under Fincantieri's control.

Reuters reported EU competition authorities would probably not give their approval unless Fincantieri makes important concessions, which were not specified.

Margrethe Vestager, the commissioner for competition, said Wednesday she never comments publicly on matters that haven't been adjudicated. The deal is still being studied, she told French television (BFM Business), but added a decision is expected by the end of April.

The European Commission opened its probe into the proposed Fincantieri-Chantiers combination in late October.