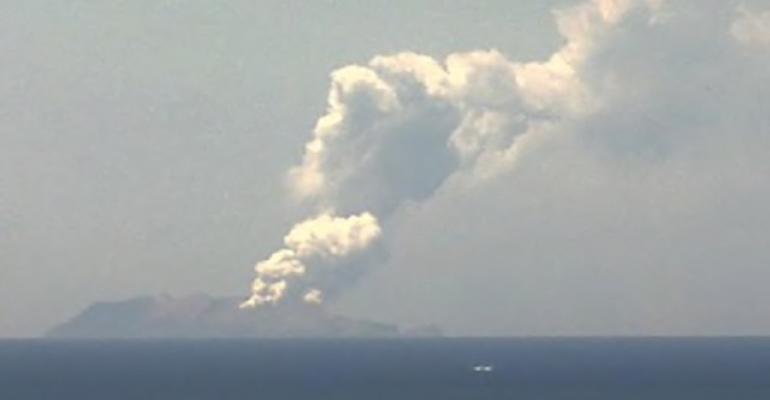 Smoke from the volcano eruption on New Zealand’s White Island

The full scale of the disaster on New Zealand’s most active cone volcano on White Island off Whakatane in the Bay of Plenty is not yet known, but there are confirmed deaths and others are missing.

A number of people have been taken to hospital, some with burns as a result of the eruption.

Ovation of the Seas passengers

Kevin O’Sullivan, CEO of the New Zealand Cruise Association, said a tour party of 30 to 38 passengers from Ovation of the Seas docked at nearby Tauranga were on the island when the eruption took place. O’Sullivan said they had not returned.

The ship remained in Tauranga overnight and Royal Caribbean asked for prayers to be said for all involved.

New Zealand Prime Minister Jacinda Ardern said tourists from Australia, the United States, Britain, China and Malaysia are among the missing and injured.

Arden said police and rescue crews had not been able to access the island immediately after the eruption because conditions were unsafe.