HomeNewsFincantieri swings to first half loss but has no order cancellations
Recent
News
Recent News
Azamara to implement Versonix Seaware in 2023
May 19, 2022
Cruise passengers in Naples met by singing flash mob
May 19, 2022
Chicago welcomes American Queen Voyages to Navy Pier
May 19, 2022
Sponsored Content
Download: Who is Josh Weinstein?

Fincantieri swings to first half loss but has no order cancellations 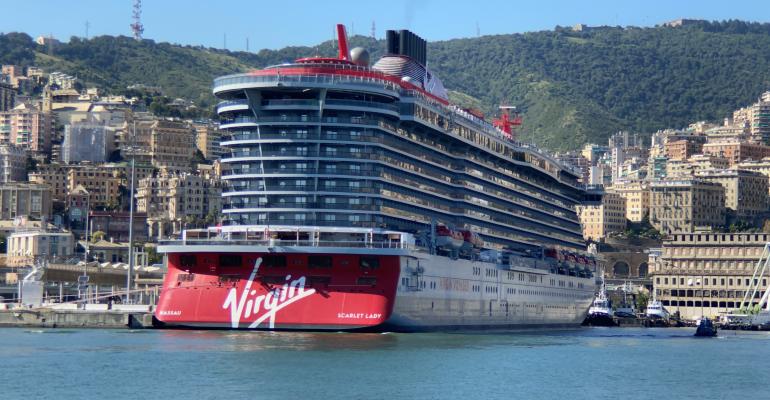 Scarlet Lady, delivered in the first half, is currently back at Fincantieri's Sestri Ponente getting retrofitted with the AtmosAir purification system and undergoing 'standard post-delivery work'

Fincantieri swung to an adjusted net loss of €29m on 15.6% lower revenues in the first half when operations were suspended during Italy's coronavirus lockdown. The company said no orders were canceled and expressed confidence in the future.

Production activities gradually resumed since April 20 and, as of June 30, staffing in the group's Italian shipyards and production sites was at 90%.

Fincantieri had faced this 'dramatic time' with the 'utmost determination as so the company would emerge from it stronger than before,' CEO Giuseppe Bono said during the board's meeting in Rome Thursday.

'This approach has proven right and it has allowed us not only to avoid any order cancellation,' he continued, 'but, at the same time, to win noteworthy tenders. Our backlog has reached, once again, a new record. Today we can claim not only the world leadership in the construction of cruise ships, but also the one for the naval surface ships.'

Revenues at Fincantieri's shipbuilding segment decreased 17.5%, including a 13.1% decrease in the cruise ship business area. At June 30, cruise-related revenues accounted for 57% of the group’s revenues, compared to 56% the prior year.

For the second half of the year, production volumes at the group’s Italian sites are expected to be in line with those before the COVID-19 outbreak. In the cruise area, the company will be delivering three ships whose dates were rescheduled due to the production downtime. Production activities at foreign shipyards were not interrupted, although there was a moderate production slowdown which is expected to be recovered in the coming months.

Fincantieri referred to an extension for Norwegian Cruise Line along with 'further agreed changes' to four vessels in the orderbook, without giving detail. NCL has the new Leonardo class under development.

Fincantieri noted that over the last few weeks, the main cruise shipowners have 'unequivocally expressed their intention not to cancel any existing orders,' and will focus on new ships while shedding older, less efficient ones.

In May, Fincantieri announced it had completed development of an innovative family of tunnel thrusters specifically for the cruise market. These reduce noise and increase efficiency, reliability and environmental sustainability.

Looking to the future with confidence

Bono said the current backlog allows Fincantieri to look at the future with confidence thanks to a workload for the next six to seven years with the resulting financial performance expected to be in line with the previous business plan's targets.

Bono also thanked Alberto Maestrini for his 'great dedication and professionalism' as general manager over the past rour years and welcomed Fabio Gallia, the newly appointed GM, who has CEO and board experience from leading Italian companies.