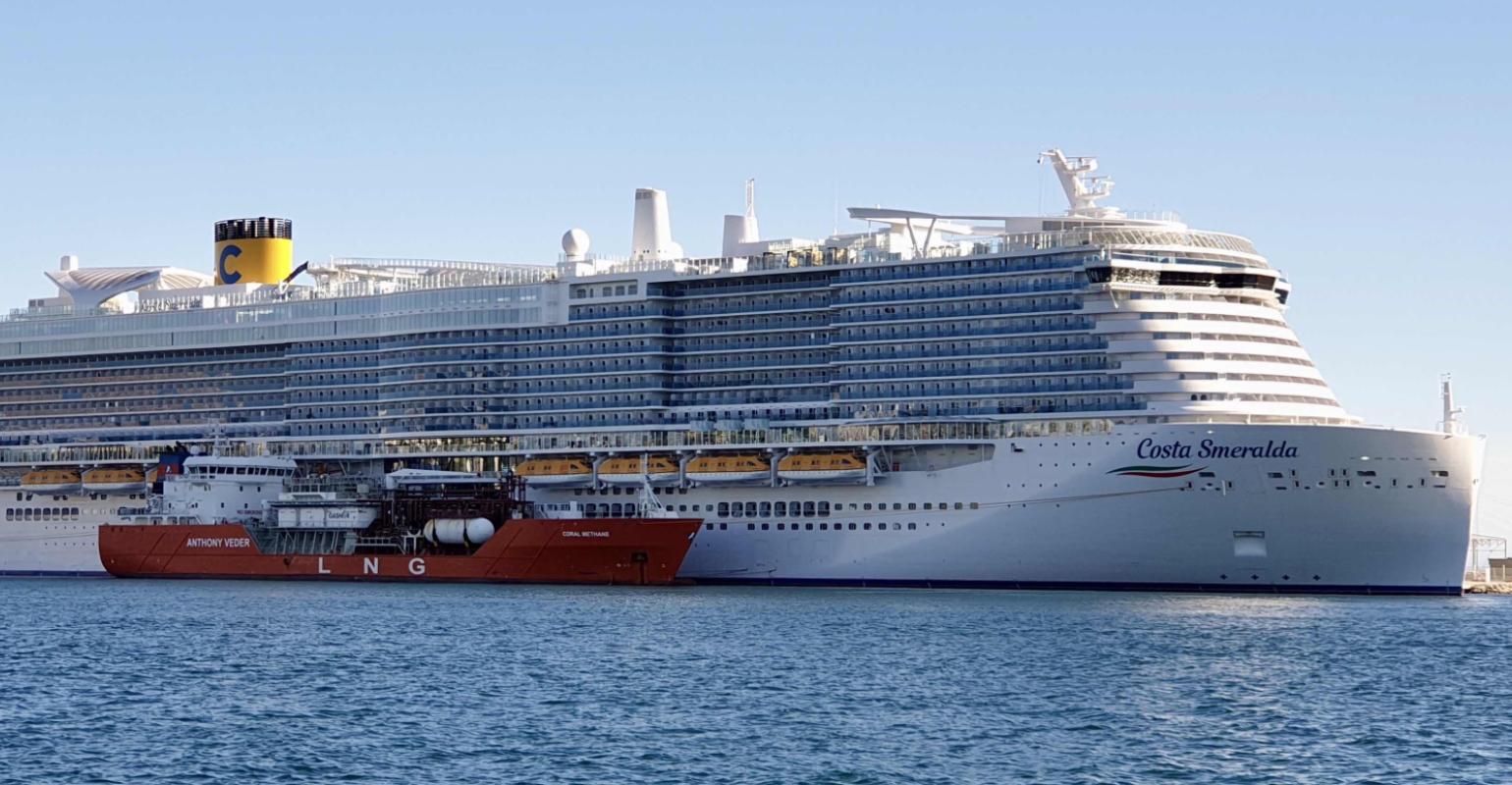 Costa Smeralda is refueled by the LNG bunker vessel Coral Methane
Carnival Corp. & plc and Shell carried out the first ship-to-ship LNG bunkering at the Port of Marseille Fos for Costa Smeralda.

Shell, which has a contract with Carnival to supply LNG, deployed the bunker vessel Coral Methane for the operation. It was positioned in line with Costa Smeralda's bunker station, made fast and the loading hose was positioned by the ship's crane, followed by the installation of various equipment to allow the safe LNG transfer.

The operation began at 5 p.m. Monday and refueling continued overnight, with Coral Methane departing at 4 a.m. Tuesday. The Port of Marseille Fos provided services including lookout, piloting, towing and mooring, along with firefighters. Costa Smeralda crew, Shell teams and the crew of Coral Methane, operated by the Dutch shipowner Anthony Veder, were also critical to the operation.

'We are all proud to have been able to complete this operation smoothly and safely. It has required studies, instructions and procedures to be agreed with the various players, and in line with European and global standards,' said Amaury de Maupeou, the Marseille Fos Port Authority commander. 'This is a first in France and proves to what extent, even during the current health crisis, we are capable of supporting the development of LNG, which is one of the measures deployed by the Port of Marseille Fos to reduce its environmental impact.'

'We’re pleased that even in these challenging times for the industry, Shell is able to play a small role in helping to ensure continuity of LNG supply to our customers. We’re glad that we have been able to work efficiently with the Port of Marseille and Carnival,' added Tahir Faruqui, general manager, Shell Global Downstream LNG.

'We are happy that our new LNG-powered flagship Costa Smeralda was part of this new milestone for the Port of Marseille in partnership with Shell,' said Franco Porcellacchia, VP sustainable innovation and infrastructure development, Costa Group. He noted Carnival Corp. and the Costa Group are the first cruise operators to implement LNG for a more sustainable future.