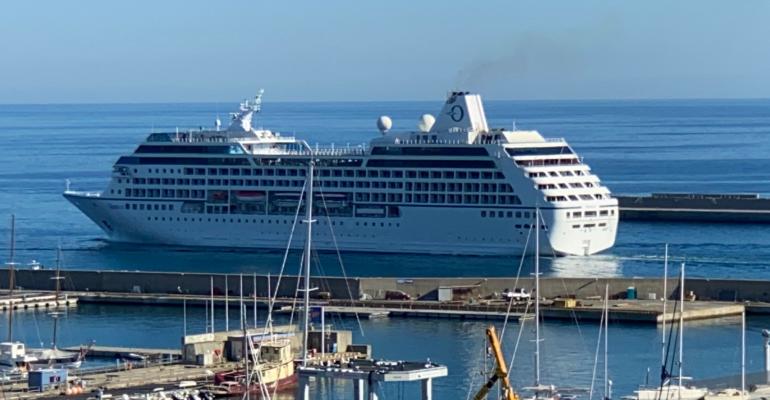 Oceania Cruises' Nautica is pictured in Genoa, where it is undergoing work

2019 saw 190 projects completed and about 80 ships repaired/built. Staff increased by 10% in the last three years, while the number of indirect jobs generated remained stable at around 1,200.

GIN was established in 2008 from the partnership between two historical Genoese shipyards, T. Mariotti and San Giorgio del Porto.

The holding group has strengthened the business lines carried out by its 18 companies and is reinforcing its identity with new branding.

Ferdinando Garrè, CEO of GIN and of San Giorgio del Porto, said the group has successfully faced the market challenges of recent years by working together, as demonstrated in the 2019 results.

On the newbuilding side, projects include expedition ship Seabourn Venture, being built by Mariotti at San Giorgio di Nogaro on the Adriatic coast near Monfalcone where the engines and part of the equipment have been installed and the hull construction and internal outfitting are proceeding at full capacity. Meanwhile, in Genoa, the carpentry related to the superstructure is in progress. The hull will be transported to Genoa for completion and outfitting.

The collaboration with NCLH will continue throughout 2020 and 2021 with the arrival in Marseille of Norwegian Epic, Norwegian Star and Norwegian Dawn, as well as other Regent and Oceania ships.