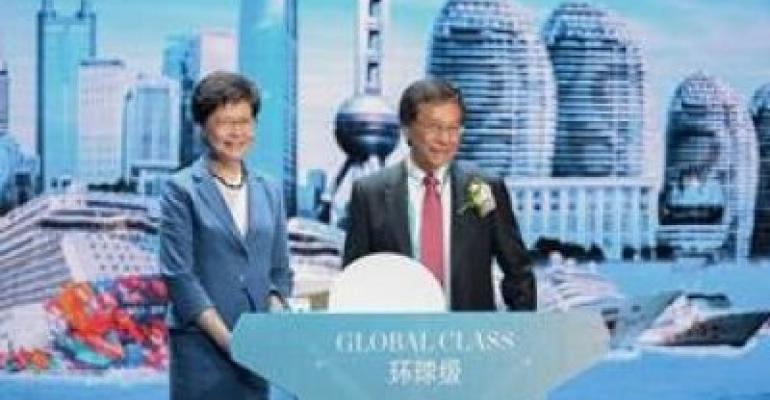 The occasion also provided an opportunity to preview Dream Cruises’ new Global-class ship with the unveiling of a show cabin.

Founded a quarter century ago as Star Cruises, Genting Cruise Lines has been an integral force in establishing the Greater Bay Area and China as an important cruise region. The company was also instrumental in introducing innovative ships with less rigid dining schedules designed for the more relaxed Asian cruise market.

Over the past 25 years, the company has carried more than 25m passengers on its fleet just in the Greater Bay Area — Hong Kong, Guangzhou and Shenzhen. Throughout 2018, Genting Cruise Lines' year-round deployment in the region generated 1.4m passengers, of which 30% were from outside the Greater Bay Area, helping the Pearl River Delta to attract international cruise passengers.

Beyond the Greater Bay Area, Genting Cruise Lines has supported the development of various ports and cities throughout China.

In 2002, Star Cruises opened the eastern China market with SuperStar Leo’s inaugural call at Shanghai and, later in the year, SuperStar Gemini began homeporting in China with deployments in Qingdao, Dalian and Shenzhen (Shekou).

'We remain committed to the evolution of this region as it continues to grow in importance and stature in the global cruise market,' Tan Sri Lim Kok Thay said. The company is building cruise ships at its own yards in Germany (MV Werften) and plans to launch the first Global-class ship in early 2021.

During the Hong Kong event, guests previewed a balcony show cabin, built in Germany and shipped in for the occasion.

Featuring 20 square metres of space, the Global-class cabins are designed for two passengers but can also accommodate up to four, suitable for families and group travellers. A two bathroom design will allow for several people to get ready at once and the cabin’s sofa bed also easily unfolds to sleep an additional two guests. A privacy curtain that can be closed to divide the room into separate seating and sleeping areas.

Technology will include Bluetooth locks and a new smart system allowing passengers to control different functions such as the LED mood lighting and climate control with a smartphone app, voice recognition or through a touchscreen control panel. Smart sensors will also be able to detect occupants in the cabin to automatically adjust the lights and temperature for better energy efficiency, and triple vent air-conditioning outlets ensure even air distribution for maximum comfort.