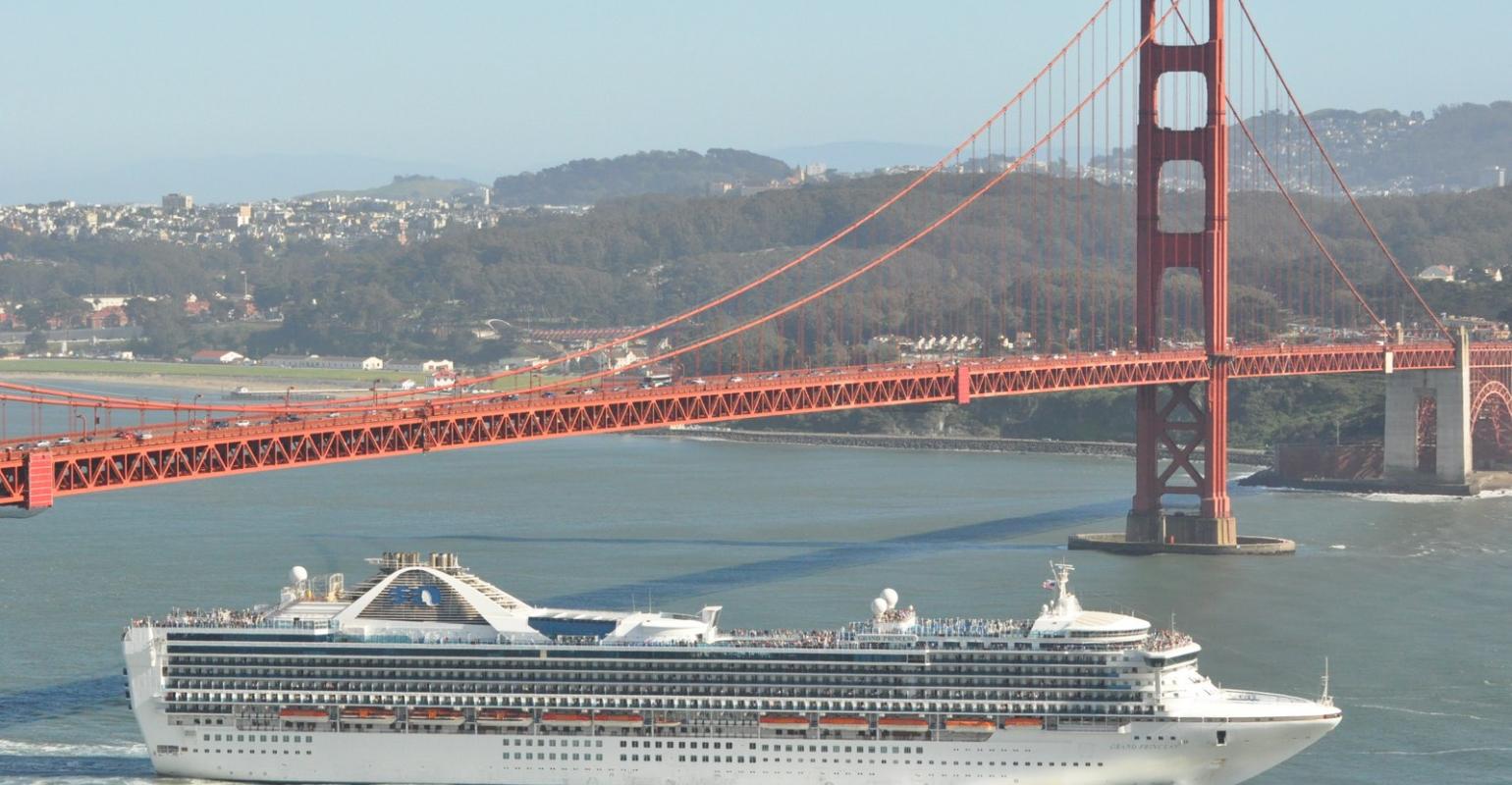 FILE PHOTO: JAKE TOMLINSON
Grand Princess has been directed to the Port of Oakland, across the bay from San Francisco, for arrival on Monday

Monday morning update: Passengers will disembark in a multi-day process with priority determined by US health officials. To avoid delays, passengers will undergo coronavirus testing when they arrive at their onward quarantine destination.

After everyone is ashore, Grand Princess will leave San Francisco. Plans for the crew quarantine are to be determined.

The US Coast Guard on Sunday transported additional supplies and seven Department of Health and Human Services officials to the vessel to determine the health status of passengers and crew prior to arrival. Additionally, a man in his early 60s with a non-COVID-19 medical emergency was evacuated.

Saturday night update: Officials are directing Grand Princess to the Port of Oakland on Monday, where passengers requiring acute medical treatment will be taken to California hospitals.

Disembarkation for other passengers will continue Monday, as well. Following health screenings, those who are California residents — 938— will go to a federally operated facility within the state for testing and isolation, while non-Californians will be transported by the federal government to facilities in other states.

Crew quarantine on board

Crew will be quarantined and treated aboard the ship.

Twenty-one people — 19 crew and two passengers — have tested positive for coronavirus. They were among the first 45 tested because they were experiencing flu-like symptoms.

Everyone has been confined to their rooms. All guest-facing crew, those working jobs like delivering room-service meals, are wearing protective face masks. Ventilation to rooms has been maximized.

Most of the 19 crew have guest-facing jobs. The two passengers who tested positive were not in-transit from the prior cruise.

After that Feb. 11-21 sailing, two people were later found to have the virus. One died in a California hospital, the first person in the state to succumb to COVID-19.

According to Dr. Grant Tarling, chief medical officer for Carnival Corp. & plc, the man who died likely was infected shoreside via community transmission before embarking that earlier cruise. This first person identified is referred to as the 'index case.'

The Placer County resident, who had underlying health problems, reported to the ship's medical center Feb. 20 after suffering acute respiratory illness for six or seven days. So onset of illness was Feb. 13/14, and the average incubation period is five to six days.

This means it's likely he was exposed before coming on the ship.

His waiter among those testing positive

One of his waiters was among the 19 crew who tested positive.

Princess Cruises had been informed on March 2 that shoreside public health officials were investigating a 'small cluster' of coronavirus cases in Northern California that were linked to the ship.

The other person who had been diagnosed shoreside after the cruise, a Sonoma County resident, was among a party of two couples who had traveled together.

Grand Princess is carrying 3,531 people, including 2,440 passengers and 1,111 crew. On Saturday, a passenger who was who critically ill — unrelated to coronavirus — was evacuated by a US Coast Guard cutter, along with a traveling companion.