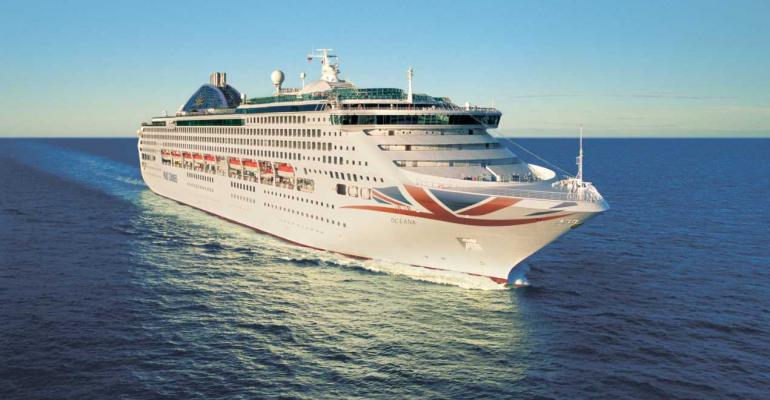 Oceana arrived in Greece on Tuesday. Her new name is Queen of the Oceans

The new fleet addition, named Queen of the Oceans, is another extension of Seajets’ operation, which led by the flamboyant 52-year-old Marios Iliopoulos, has been in expansion mode for the past couple of years as the company’s ropax fleet has grown.

Carnival Corp’s 77,499gt Oceana, entered service in February 2000 as Ocean Princess for Princess Cruises, but has served under her current name for P&O Cruises since 2002.

No price has been announced, but Denis Vernardakis, CEO of Masters’ Cruise & Ferry Shipbrokers, confirmed, ‘it was firm.'

Iliopoulos has not disclosed deployment plans for the cruise ship, with many in Piraeus seeing the purchased as a speculative buy.

The cruise ship joins a fleet of 21 ferries comprising monohulls, catamarans and conventional ferries which primarily operate in the Cyclades islands network, though it is expanding its routes.

Seajets is not the only Greek owner to have added cruise tonnage in recent weeks: Celestyal Cruises, which has cancelled operations until March 2021, purchased Costa neoRomantica, built 1993, from Costa Cruises.