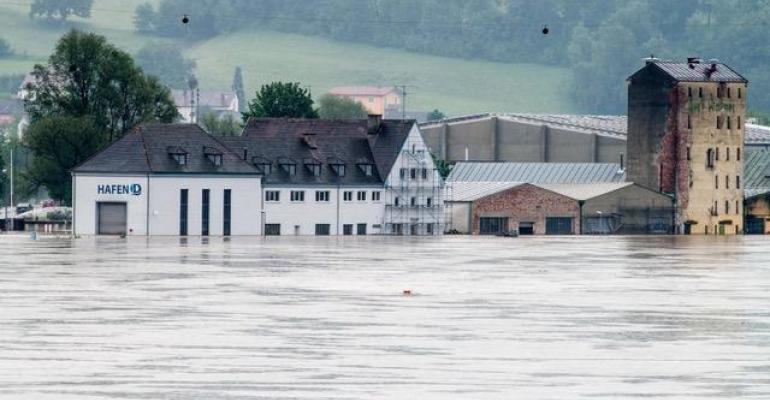 Flooded buildings along the Danube in 2013
The seven judges in Australia’s High Court have unanimously allowed an appeal by David Moore, a passenger aboard a Scenic Danube River cruise which became a bus trip across a flooded continent, to claim damages for ‘disappointment and distress.’

Vessels unable to go under bridges

Heavy rain fell in Europe in the weeks leading up to the June 2013 cruise, leaving towns and cities along the waterways flooded, with river cruise ships unable to pass under bridges.

Moore said he and fellow passengers spent their holiday being shuffled around Europe, often by coach.

A NSW Supreme Court judge in 2017 ordered Scenic to pay Moore an A$10,990 refund for the trip as well as A$2,000 in damages. The Court of Appeal later set aside the A$2,000 in damages for disappointment and distress, finding the law relating to such a claim did not apply to ‘loss’ sustained outside New South Wales.

The High Court upheld the disappointment and distress entitlement, ordering those damages to be reinstated and Scenic to pay costs.

Moore was represented by Ben Hemsworth of Somerville Legal who told Seatrade Cruise News he also represents the majority of 1,300 passengers with similar experiences to Moore and who will now be eligible for compensation as a result of the High Court’s decision.

He said proceedings will continue before Justice Garling in the Supreme Court of New South Wales to determine their appropriate compensation.

Hemsworth said that while Moore was awarded a refund of A$10,909, it did not include his wife’s fare.

He said the calculation of the amount of refunds is now under review.