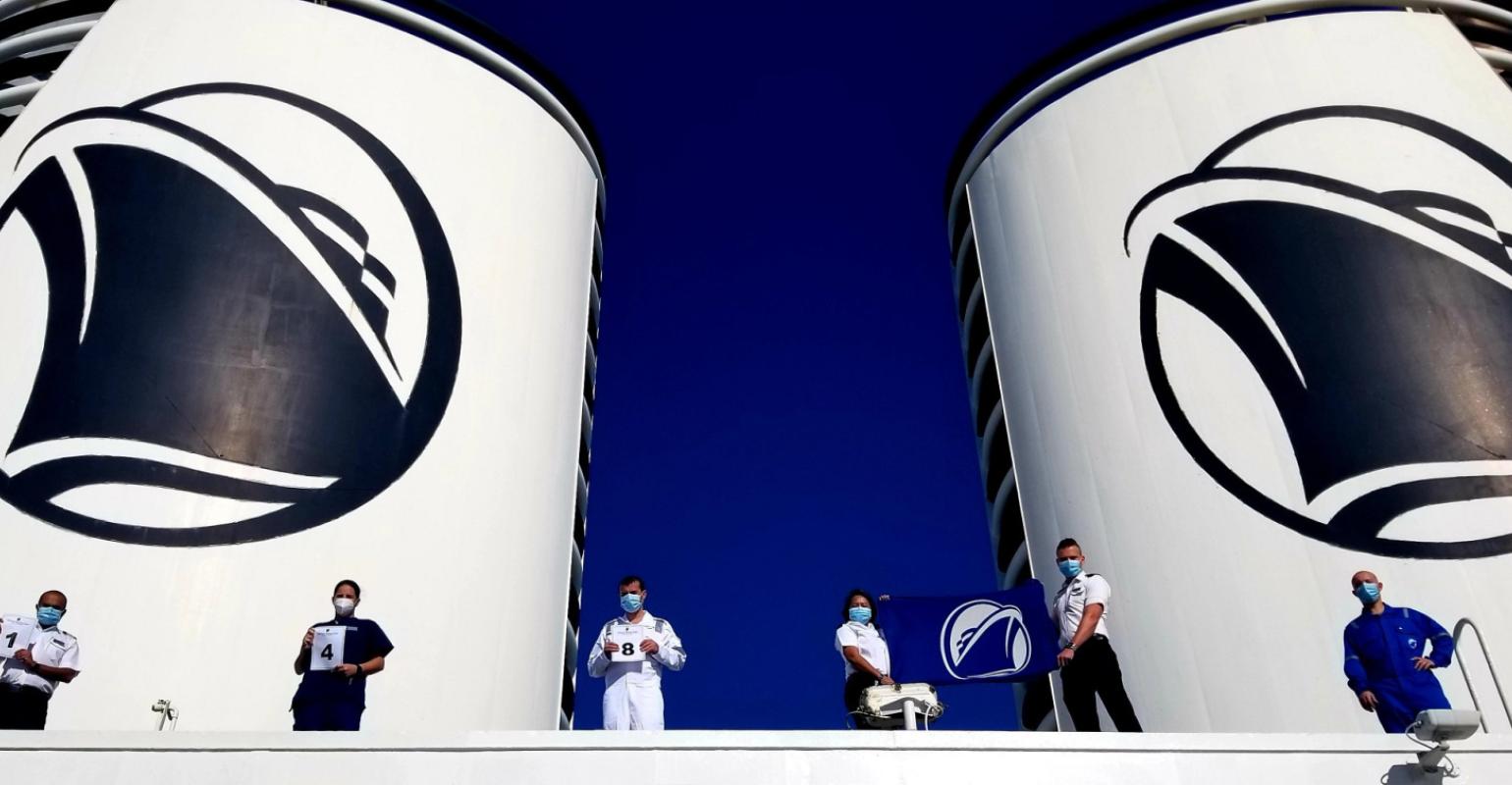 Zuiderdam team members by the stacks with signs depicting 1 - 4 - 8
Holland America Line commemorated its 148th anniversary on April 18 with crew on the ships coming up with some creative ways to depict the 148.

More anniversary images from the ships are here.

The line's next milestone will be the introduction of its third Pinnacle-class vessel, Rotterdam, planned in July. Sea trials are scheduled to begin April 23.

Seventh ship to bear the name

The name has special meaning since HAL's first ship was Rotterdam, which sailed its maiden voyage from Rotterdam, the Netherlands, to New York City, Oct. 15, 1872.

The new ship will be the seventh to bear the name for the company.

Though transportation and shipping were the mainstays of the company's business in the 19th century, in 1895 Holland America offered its first vacation cruise.

Today the company fields 10 ships that visit more than 500 ports across all seven continents.

During the yearlong pause in operations, HAL has connected with fans and media through virtual voyages on social media to Alaska and Norway, a virtual Alaska Land+Sea Journey and two interactive port brackets (think March Madness) with Moorea and Venice emerging as victors. In addition, the line has hosted live weekly trivia sessions on Facebook, staged wine and whiskey tastings, held concerts featuring its musicians, inaugurated National Food Faces Day, and more.