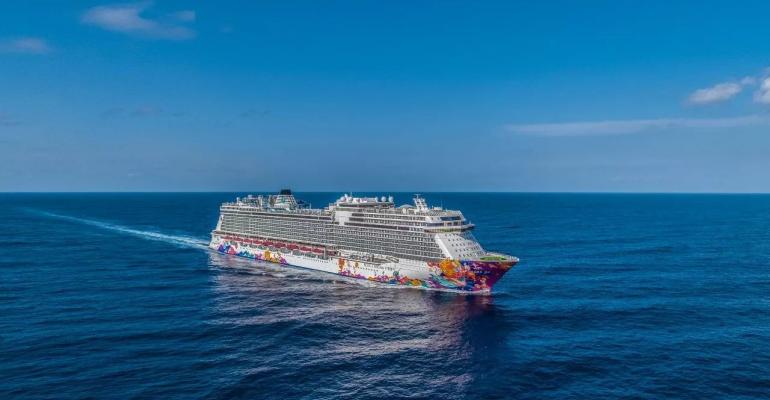 World Dream returned to Hong Kong early Wednesday morning
Over 1,800 passengers and crew on World Dream, berthed in Hong Kong, are being tested for coronavirus, while Kai Tak and Ocean Terminal have been closed until further notice.

The quarantine was ordered after some crew members reported a fever, and three former passengers and one person who provided ground service are known to have the virus.

While over 90% of the passengers on the current cruise are Hong Kong residents, the ship sailed from the Chinese mainland port of Nansha, Guangzhou, to Vietnam and back January 19 to 24. And since then three people who were on that sailing and a ground handler tested positive for coronavirus, according to local government officials, while a further two are suspected of being infected.

World Dream was denied entry to scheduled port of call Kaohsiung Tuesday by Taiwan authorities and instead returned to Hong Kong early this morning.

World Dream’s four-night cruise to Naha, Japan, set to depart February 5 from Hong Kong, has been cancelled. Passengers will receive a full refund of paid cruise fare, port charges and any shore excursions purchased, according to Dream Cruises.

In Japan, 10 people aboard Diamond Princess have tested positive for coronavirus in the initial round of screening by Japan health officials and the ship will remain under quarantine in Yokohama for at least 14 days.