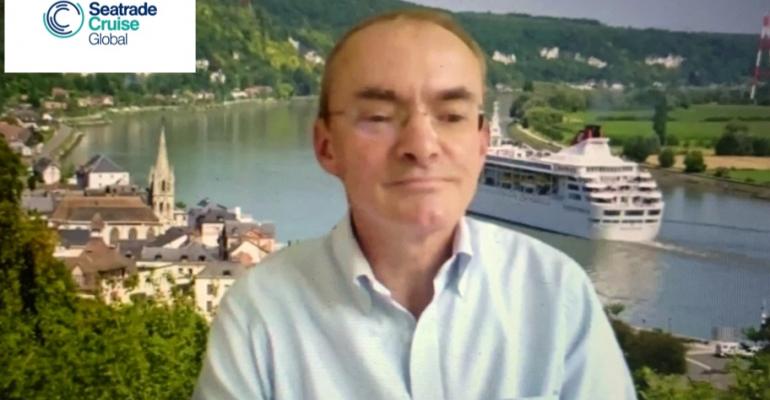 While big passenger increases are predicted for 2022, 'I don't see we'll get back to 2019 levels by at least 2023, and possibly longer,' Travelyields' David Selby told Seatrade Cruise Global

2020's cruise passenger count plummeted to 5.8m globally due to the COVID-19 pandemic shutdown, an 81% decrease from the 29.7m in 2019, according to David Selby, managing director of Travelyields.

After the global shutdown in mid-March 2020, the first ships began carrying passengers in July last year, and the momentum is building. But reduced occupancies and other uncertainties make it tough to predict 2021 numbers, Selby said at Seatrade Cruise Global today.

'I don't think we'll know about 2021 until the middle of next year,' he told Monday's World Cruise Tourism Summit.

The pandemic fueled ship disposals, most notably by Carnival Corp. & plc. Counting all lower berths that exited — and assuming all as weeklong cruises — by Selby's calculation, the equivalent passenger volume would be 1.6m, around 1.25m of that from the US market.

However, newbuild berth capacity totaled 27,500 lower berths, recouping the berths that were lost through disposals, he added.

Selby noted ship occupancies currently approximate 50% to 60%. According to Bermello Ajamil & Partners, by the end of 2021, 75% of lower berths worldwide will be in operation, though not all berths will be occupied.

Selby suggested 2021 could tally 6.5m to 7m passengers, but he's not putting that out as a forecast because there are so many variables.

The fact that cruises have been able to operate in Alaska and in the UK will boost 2021 numbers. Some lines sailing from the UK have attracted new customers since it's been difficult for holidaymakers to travel abroad, and this bodes well for the future.

Australia is still shut down, and cruising in China will come back more gradually than hoped. It's possible that new COVID variants could emerge to shake consumer confidence, and the regulatory environment is uncertain.

'What goes down must come up'

'What goes down must come up,' he quipped.

'All in all, a steady return beckons, but [cruising] will return. [It's been a] slow and painful reintroduction, but lines are to be congratulated for making it happen.'

Pre-COVID forecast had been nearly 44m cruisers in 2027

Future annual percentage increases projected pre-COVID were impressive. Newbuilds ordered up to 2027 would have taken the market capacity to just under 44m, according to Selby.

Extrapolating on the existing orderbook (which goes through 2027) Selby said passenger count could have been estimated to reach 48.5m in 2031, or almost doubling since 2016.