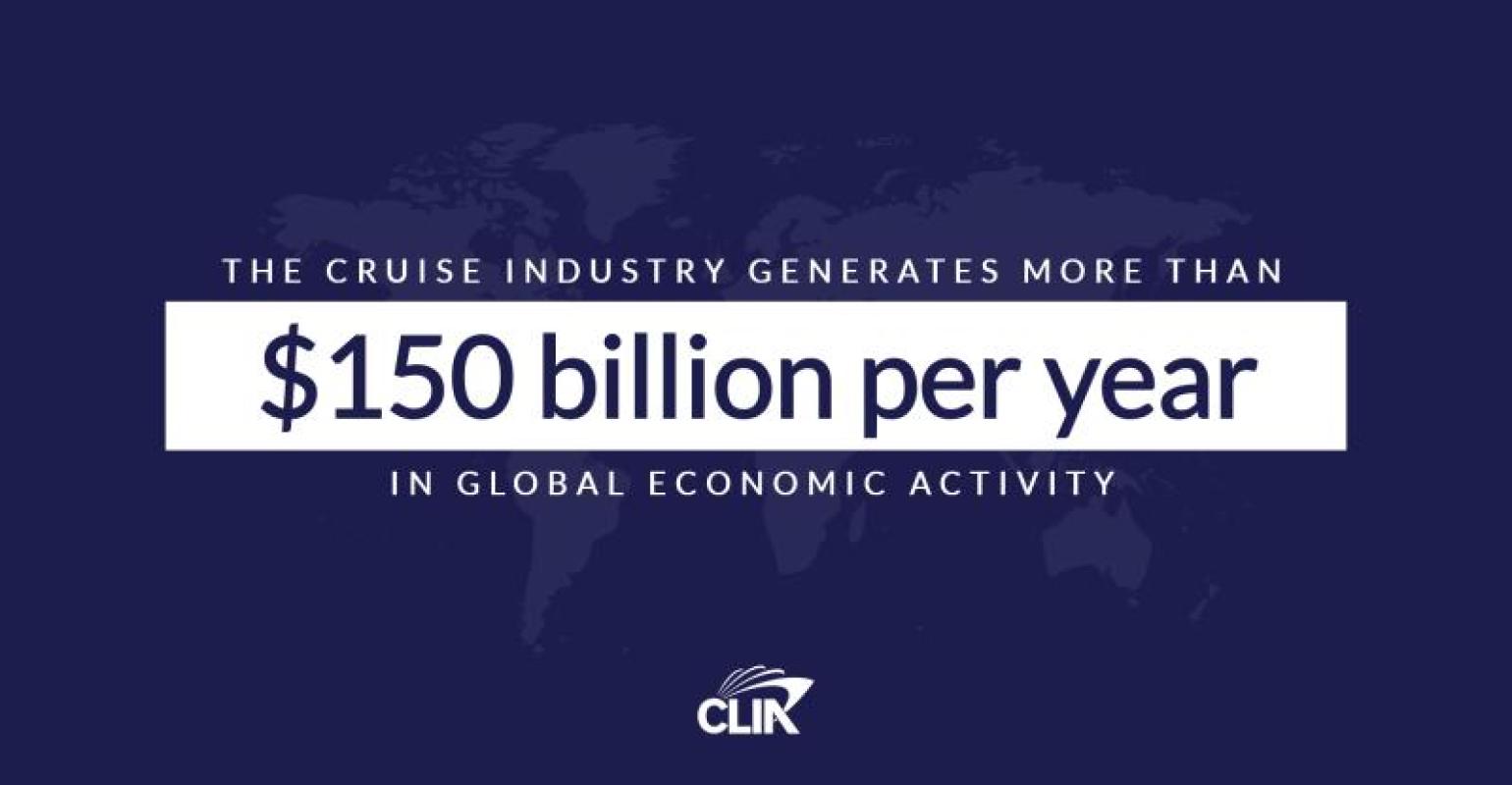 How much is cruising's pause hurting economies? A lot, by CLIA's tally

Should the global cruise suspension continue for 60 days, the economic loss worldwide would be $21bn, 150,000 jobs and $7.3bn in wages, according to Cruise Lines International Association.

CLIA said each day of suspended cruises results in the loss of 2,500 jobs.

'We know that for every 1% drop in cruising that occurs worldwide, up to 9,100 jobs can be lost,' the association said. 'However, suspending operations is the right thing to do as the world works to address this challenge.'

Ready to contribute to recovery when time is right

Given its hefty impact, 'cruising will be a significant contributor to fueling the economic recovery,' CLIA added. 'We will focus our attention and our conversations on that issue when the time is right ... We plan to do our part to contribute to and fuel the global economic and societal recovery.'

Here are some country by country, regional and state impacts, all calculated by CLIA.

In the US the cruise industry generates $53bn in total economic impact and $24bn in direct spending and supports more than 421,000 jobs and $23.15bn in wages and salaries each year (based on the latest 2018 figures).

Of the 1.17m industry-supported jobs worldwide, nearly 40% are US jobs. Every 30 cruisers leaving from a US port supports one American job.

According to CLIA, every 1% drop in cruising from the US means more than 2,000 jobs can be lost.

Beginning in mid-March up until the end of April, the estimated direct impact of the suspension of cruising stateside will be a loss of $2bn in direct spending and 15,422 American jobs, representing $670m in direct wages. The full economic impact could reach almost $4.6bn lost, representing 31,000 jobs with an average wage of $51,300 each.

Each day of the suspension results in a total economic impact loss of about $92m and the loss of more than 300 direct jobs and 620 total jobs.

Should the suspension continue through June, CLIA projects a total economic loss for the US of $11.1bn, representing 75,230 jobs and $3.87bn in total wages.

As many as 240 Florida jobs are lost each day cruise operations are suspended. Beginning in mid-March through the end of April, this translates into the direct loss of $685m in direct spending in the state and a loss of 11,940 jobs and $620m wages.

If the suspension continues through June, the loss in direct spending will be $1.6bn with 27,900 jobs and $1.45bn in wages going away.

Nearly 40% of the worldwide jobs supported by cruising are in Europe. Every €49,000 spent directly by cruise passengers, crews and cruise lines there generates one job in the EU.

For every 1% drop in cruising from Europe, up to 3,500 jobs can be lost. Each day of the suspension results in the loss of nearly 400 direct jobs and 800 total jobs.

Each day of the suspension results in the loss of 55 direct jobs and 139 total jobs.

Each day of the suspension results in the loss of 67 direct jobs and 135 total jobs.