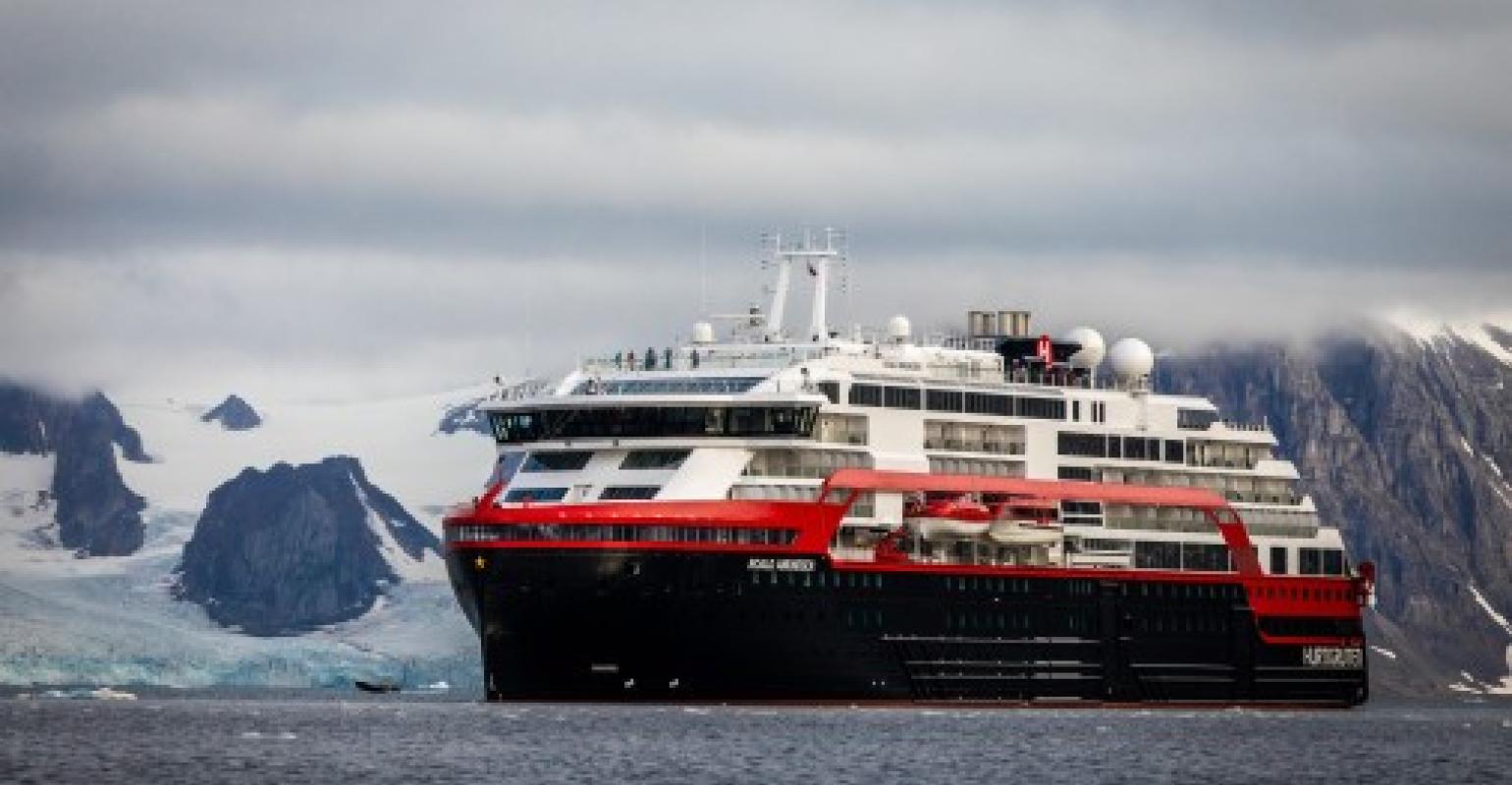 PHOTO: OSCAR FARRERA/Hurtigruten
After completing a summer season on Svalbard, Roald Amundsen will do a series of British Isles expedition cruises.

After a return to sailing last month in Norway, Hurtigruten plans to ramp up operations with 14 of its 16 ships returning in August and September.

Three will be operating international cruises including the Arctic from this month and around Britain in September.

‘The response to our successful return to sailing last month has been extremely positive from both the local communities, our guests and crew. As travel restrictions are lifted, we are now entering the next phase of our step by step return to full operation,’ said Hurtigruten CEO Daniel Skjeldam.

With limited capacity and strict hygiene measures, Hurtigruten is currently operating one ship on international cruises (14-night cruises from Hamburg to North Cape on Fridtjof Nansen) and four on domestic Norwegian itineraries.

Step by step seven additional ships will be introduced on the Bergen to Kirkenes Norwegian coastal voyage in August and September.

‘We wanted to make sure guests can enjoy the British Isles like never before, visiting remote isles, seeing rugged nature and amazing wildlife, and enjoying charming coastal cities, towns and villages while avoiding the mass tourism crowds,’ Skjeldam remarked.

Hurtigruten earlier announced year-round expedition cruise departures from Dover and Hamburg to Norway, southern Scandinavia and the British Isles from 2021.