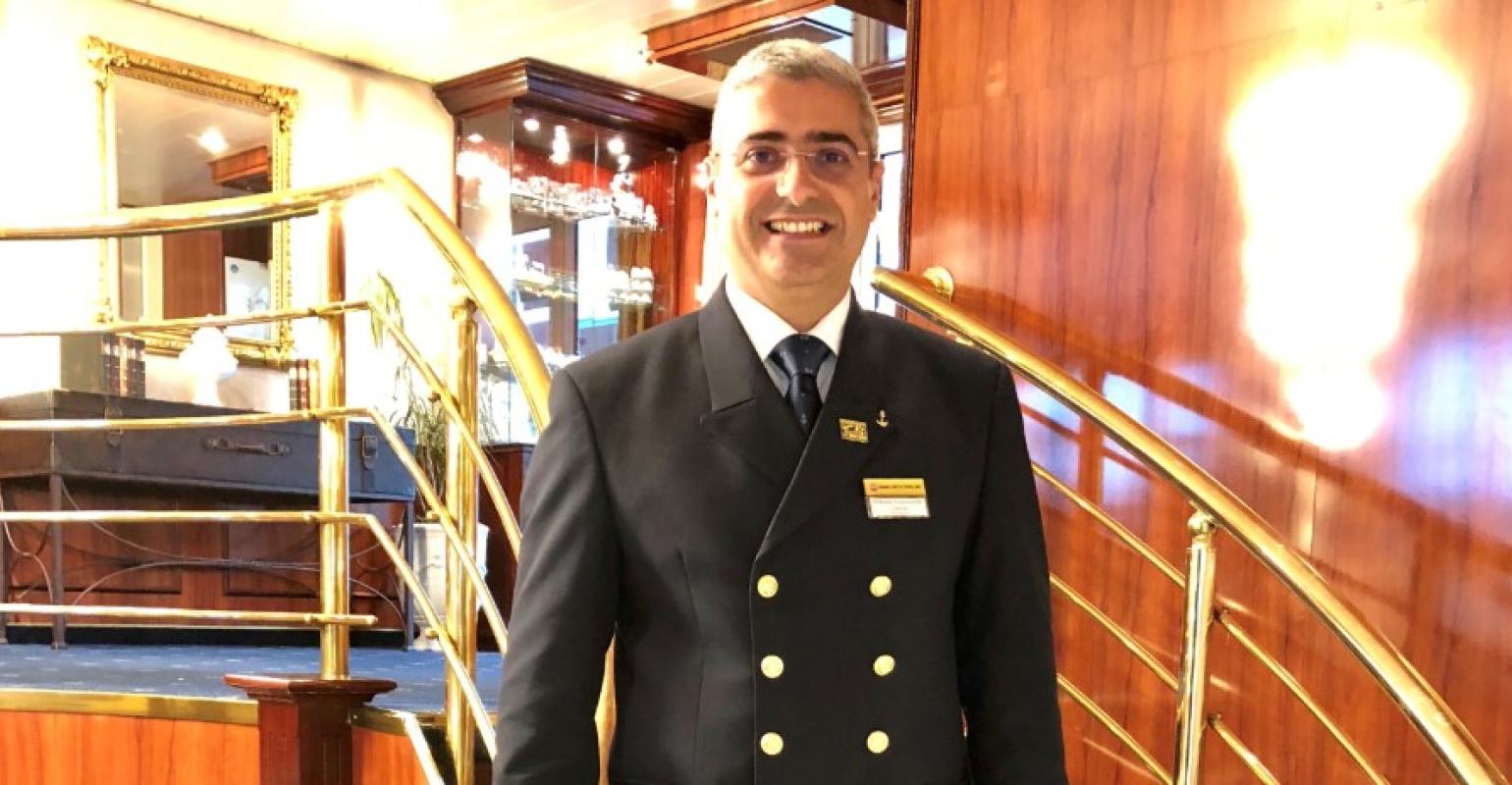 Romanian born Mihaita Cojocoschi is the captain of TUI Skyla, one of three river cruise vessels launching this spring under the TUI UK & Ireland brand.

‘I was born in Galati, a quiet town in Romania, which is home to three rivers – the Danube, the Siret and the Prut. There’s a port and a big promenade along the Danube near where I live. When I was young, I used to enjoy watching the passing ships and would dream about what it would be like to work on one,’ says the captain.

His passion for sailing took him to the School of Marine Technology in Galati. ‘After graduating, I worked on all kinds of ships including my first cruise ship in 2005,’ he shared.

He has been a sailor, boatman, steersman and first mate, slowly working his way up to his ‘dream position’ of captain.

Talking about the differences between ocean and river cruising  Cojocoschi shared: ‘It’s two different worlds, both of which are fascinating. The biggest difference is that with river cruise ships you can’t rely on autopilot. So, sailing a river ship is a much more “hands-on” job.’

Year-round departures are offered from homeports Frankfurt and Passau in Germany and Amsterdam.

And the captain’s favourites destinations? ‘My favourite big cities are Austria’s Vienna with its Schönbrunn Palace and Botanical Gardens, Germany’s Koblenz – home to the Ehrenbreitstein Fortress – and Amsterdam because of its picturesque canals, dotted with small boats.’

His favourite small towns are Cochem and Bernkastel in Germany.

‘I’m looking forward to two itineraries specifically: ‘The Rhine Explorer – this seven-night itinerary calls at some of the smaller, lesser-known cities and towns along the Rhine, such as Breisach and Kehl in Germany and European Icons – it’s a 14-night cruise, which stops at some of the most impressive cities in Europe, including Austria’s Vienna and Hungary’s Budapest.’

New spring itineraries for AIDAvita and AIDAbella in lieu of Asia
Feb 24, 2020