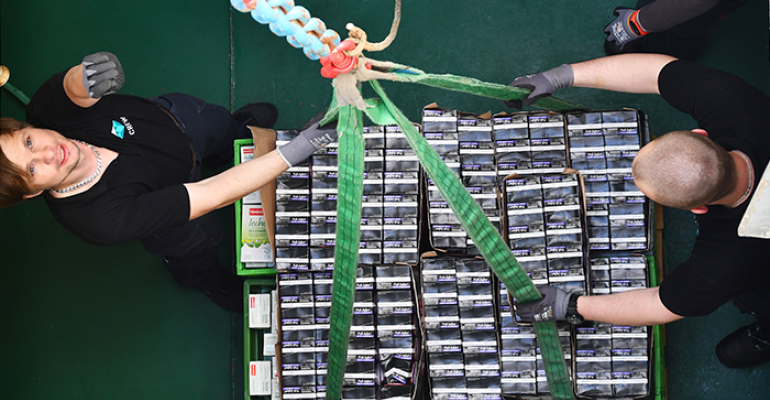 Surplus provisions were offloaded for Walcheren Food Bank in Zeeland
Here's a quick read of some of today’s coronavirus-related cruise news and announcements.

The Netherlands-based company provided pasta, condiments, cheese and long-life items like Tetra Pak milk and yogurt to Walcheren Food Bank in the southwestern province of Zeeland.

Because of the COVID-19 outbreak, 'There was a possibility we’d have to disembark guests much later than usual, so we bought an extra three weeks of food,' COO Mark van der Hulst explained. 'Thankfully, not all of this food became necessary: Hondius was able to return on schedule, and Plancius and Ortelius were only delayed for about a week.'

Oceanwide Expeditions employees said it makes them happy to 'help out in some small way during these difficult times.'