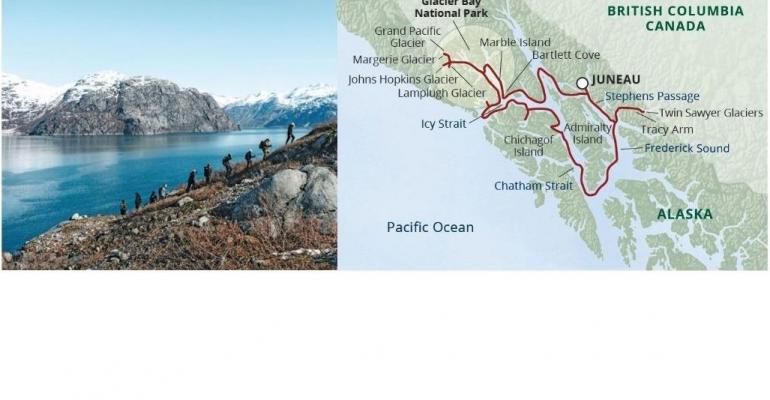 US-flag operator UnCruise Adventures said its Alaska sailings will commence Aug. 1. As previously reported, the line's ships carry fewer than 250 people and are not subject to the US no-sail order.

'As one of the first companies to restart service, this is a pivotal moment for the travel industry and Alaska,' UnCruise Adventures Owner and CEO Dan Blanchard said. 'These initial departures represent a re-framing of what adventure travelers are increasingly looking for, small groups, inclusion and human connection.'

'How we structure our recovery efforts with new health safety standards, establish partnerships and operate with a small footprint will continue to define our industry and the pristine environments we visit for decades to come,' Blanchard said. 'The market is showing a growing interest in off-the-beaten-path destinations and that is what we do best. We’ve been social distancing since 1996.'

In the Pacific Northwest, American Empress is now delaying until July 19, instead of sailing July 6 as previously planned.

Service for AQSC's new-this-season paddlewheeler American Countess and the iconic American Queen on the Mississippi, Ohio and Tennessee rivers, will be suspended through Aug. 8.

The Spanish government announced its intention to open borders on June 21 to traffic from citizens and legal residents of all other Schengen zone countries except Portugal, which will be included from July 1.

Spain had announced on May 15 that international traffic would be handled through the ports of Barcelona, Bilbao, Málaga, Valencia, Las Palmas de Gran Canaria, Palma de Mallorca, Bilbao and Vigo but has blocked cruise ships.

International flights will be allowed at Madrid, Barcelona, Málaga, Gran Canaria and Palma de Mallorca. With the exception of Madrid, each airport serves a significant cruise base port.