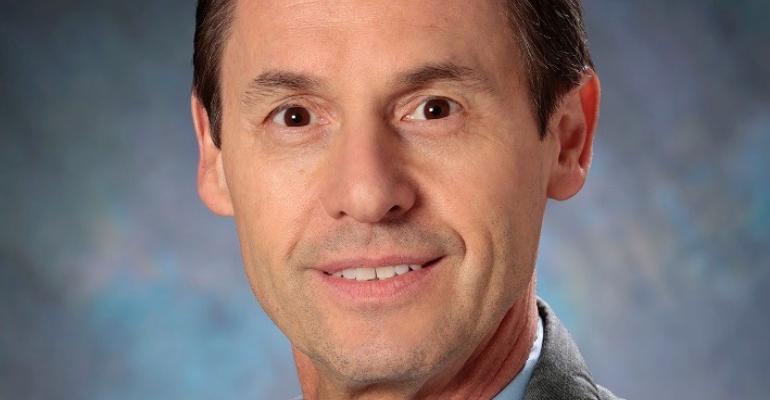 Reporting directly to President and CEO Tom Wolber, Muhlberger will be based in Crystal’s Miami headquarters. Duties include overseeing hotel services, entertainment, food and beverage operations, concessions, technical services, reservations and guest relations for Crystal’s existing experiences and those in development.

Executive roles at NCL and Costa

Muhlberger spent a total of nearly 12 years at Norwegian Cruise Line in two stints. Most recently he was VP hotel operations for the 17-ship fleet. Earlier, he served as VP food and beverage operations and development. At NCL Muhlberger was involved in expansion into new markets and developing guest experiences for those, new builds for the US and Chinese markets and the company’s two private islands.

For three years, he headed corporate food and beverage operations and new development at Costa Cruises in Genoa.

Earlier in his career, Muhlberger led the culinary departments for Cunard and Seabourn and held executive chef positions aboard Seabourn and Silversea Cruises ships.

An Austria native, Muhlberger began his career at age 15 as a culinary apprentice in Salzburg and went on to become the first and youngest Austrian chef to receive a Michelin star and 17 points from the famed Gault & Millau at age 23. He also held prominent chef positions at other Michelin and Gault & Millau-rated restaurants, including the five-star Relais & Château hotels in Belgium and Austria.

‘I am delighted to welcome Karl to the Crystal family at a particularly exciting time for our company, as his esteemed career in luxury travel and expertise in launching new ships and programs for global travelers will be great assets to our teams ashore and on board as we navigate new waters,’ Wolber said.

For his part, Muhlberger said ‘Crystal represents the pinnacle of luxury in the cruise industry and to join a company so dedicated to this exceptional standard is an honor.’