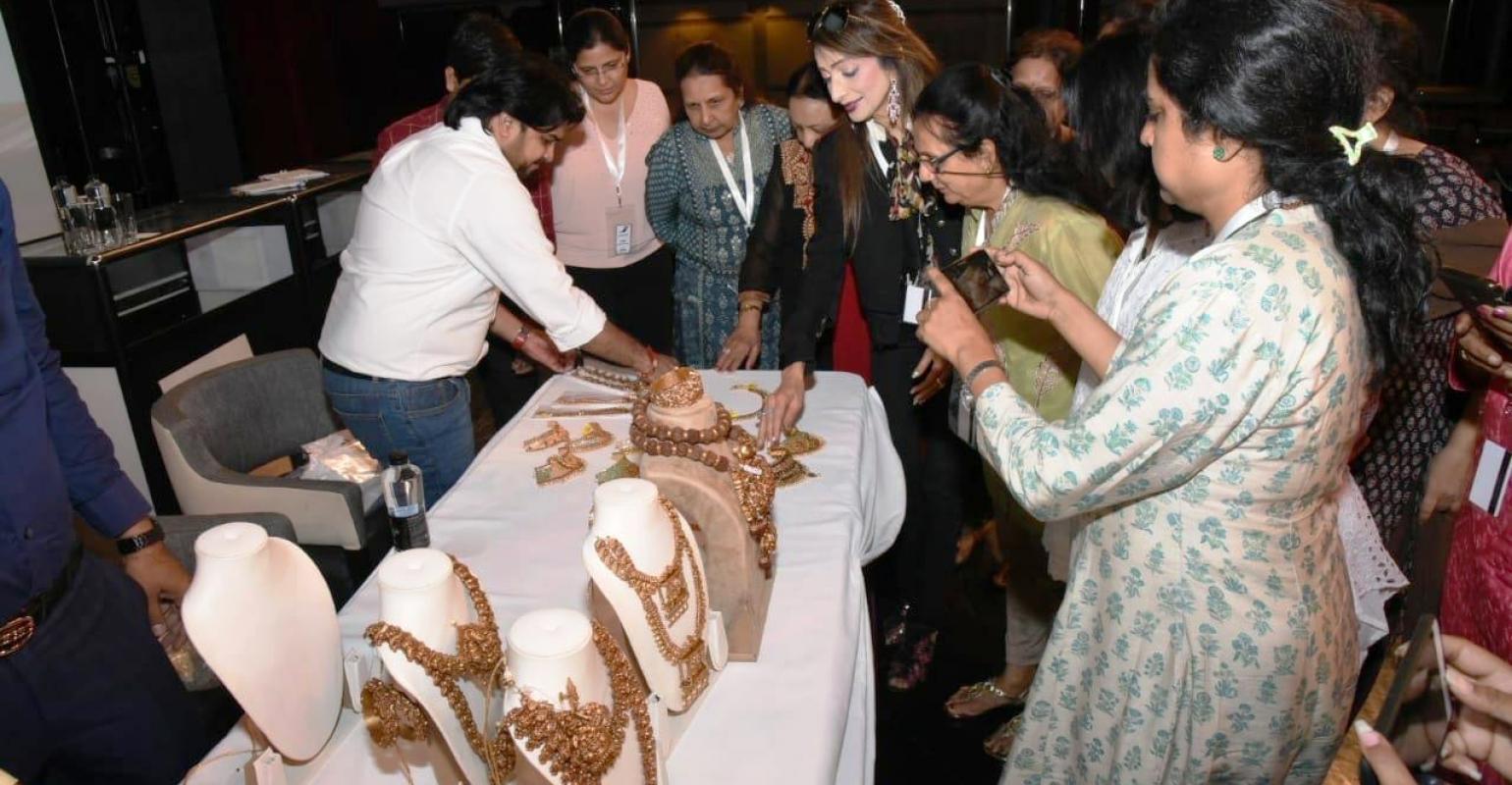 Key jewellery buyers sailed onboard a three-night round trip cruise from Mumbai which finished Thursday.

‘Unlike jewellery shops onboard cruise vessels, which are dedicated to passenger sales, this was the first B2B jewellery exhibition on a cruise ship, where the items remained on display for examination by passengers throughout the cruise, but were not sold,’ said Sanjay Bhatia, chairman of Mumbai Port Trust (MbPT), homeport for Karnika.

The concept is the brainchild of Govind Verma, director of Jewellery Trend, which supplied all the jewellery items that were displayed on board

‘We will display modern, trendy as well as special and traditional Indian gold jewellery that ranged in price from INR3,000 ($42) to INR10 million ($139,000), but there will not be any onboard sales during the cruise,’ Verma explained on a sneak preview for invited media and VIPs ahead of the cruise.

Post cruise buyers were encouraged to then buy direct from Jewellery Trend.

Depending on the response to the first exhibition the jewellery display may return to Karnika at any time during the next three months up to end March when the vessel will sail two-nights-three-days and three-nights-four-days to Indian coastal destinations Goa, Ganpatipule and Diu.

The event has been three months in the planning, and needed the active backing of both MbPT and Jalesh Cruises, a division of Zen Cruises, part of business magnate Subhash Chandra’s Essel Group.

The jewellery items were displayed across 17,500 sq feet on the 11th deck of Karnika, where 70 passenger cabins were stripped of furniture and display cases installed. The Coast Guard provided extra security during the cruise.

The jewellery exhibition is one of the initiatives taken by the MbPT to promote cruise tourism which remains in a nascent stage in India, but has been identified by the Ministry of Tourism as a major thrust area for its vast economic impact, potential for job creation and earning foreign exchange.

Under the stewardship of Bhatia, who also heads the Indian Ports Association (IPA), several ports along the 7,500-km coast line have started building cruise terminals and associated infrastructure.