At least 36 Hurtigruten crew and one passenger have COVID-19 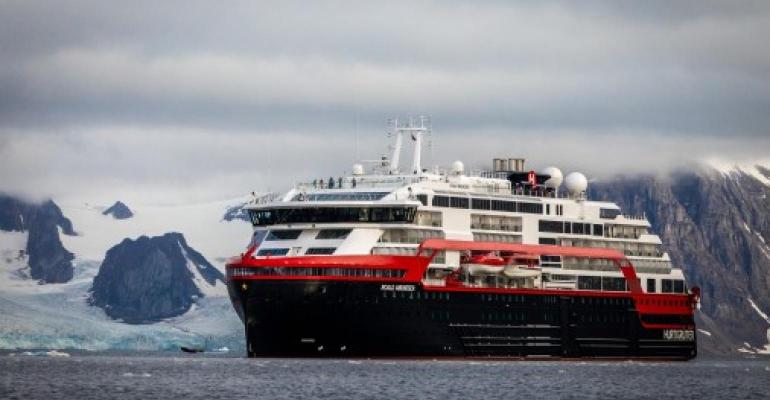 This applies to the July 17 and July 24 sailings to Svalbard. Some 209 passengers were on the first voyage and 178 on the second. All have been contacted.

As part of the contract tracing, Hurtigruten learned a passenger on the July 17 cruise tested positive after returning home.

Roald Amundsen remains alongside in Tromsø, where the last voyage ended Friday and four crew were hospitalized at University Hospital in Northern Norway.

Test results received Saturday morning of the 154 crew on board showed another 32 were positive and 122 negative. Of the 36 positive crew, most are Filipinos.

Passengers must self-quarantine for 10 days

Norwegian health officials said passengers must quarantine and will be followed up by the local health service where they live. The quarantine is valid for 10 days after leaving the ship.

The passengers' nationalities were not immediately available.

About 60 passengers who disembarked Friday are in quarantine in Tromsø.

According to Hurtigruten, the four crew members who were first confirmed infected were routinely isolated several days ago due to another illness, without showing any symptoms of COVID-19 at that time. The company also said the 154 crew still on board were asymptomatic.

Non-Norwegian crew are quarantined before signing on, Hurtigruten added, and have to present two negative COVID-19 tests before even leaving their home country. (Editor's note: Hurtigruten subsequently admitted proper crew quarantine was not carried out.)

'The most important thing for us now is to take care of and follow up all our guests and colleagues. We work closely with the National Institute of Public Health, Tromsø municipality and local health authorities for follow-up, notification, further testing and infection tracing,' Hurtigruten spokesman Rune Thomas Ege said.

Roald Amundsen had been scheduled to depart for Svalbard again on Friday afternoon. The ship's cruises are now canceled until early September.

Hurtigruten became one of the first companies to resume sailing in June, along the coast of Norway. Voyages were planned to ramp up, with 14 of 16 ships to return to service in August and September.