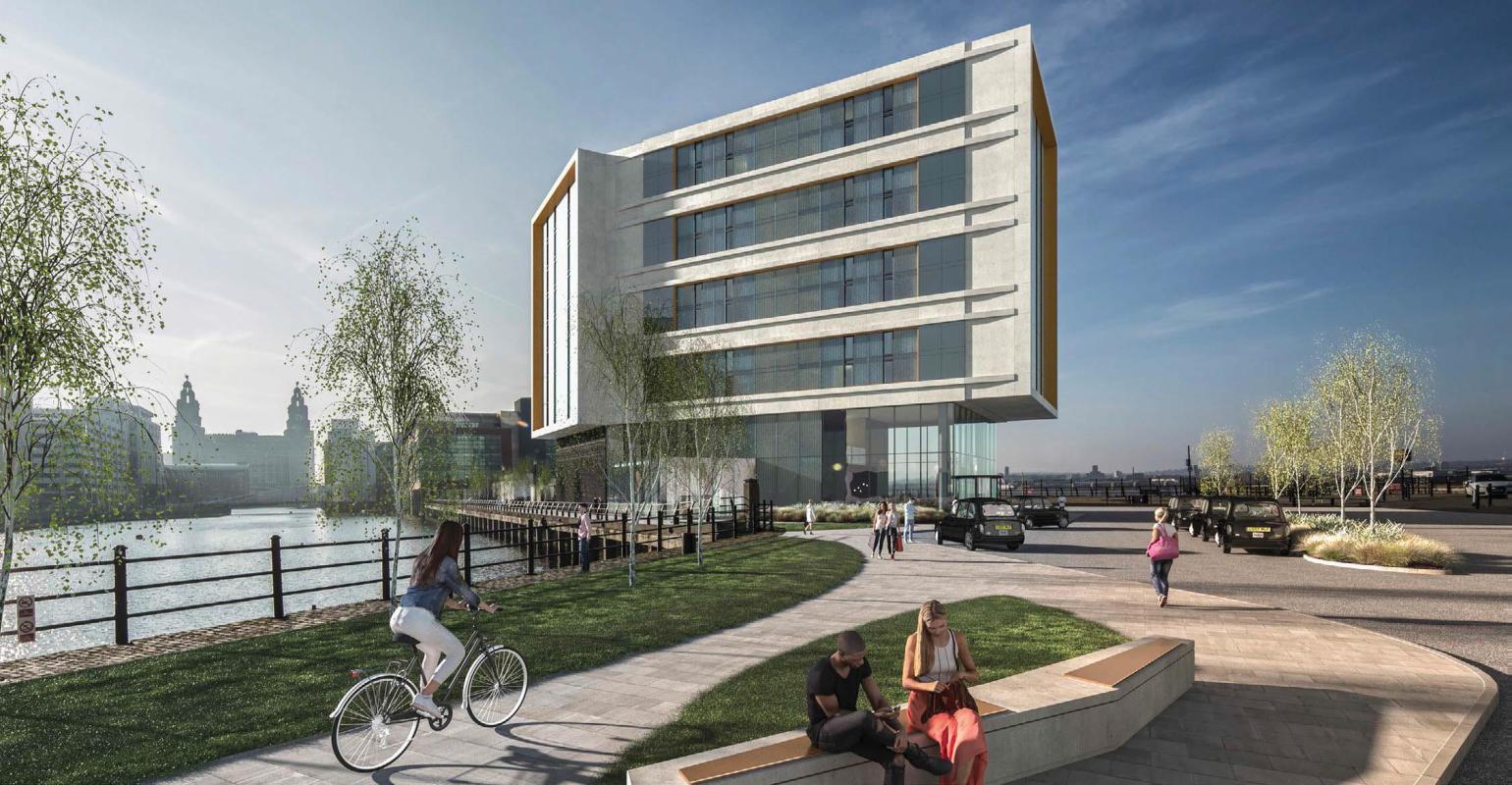 Liverpool is planning a new cruise terminal, together with a 200-room hotel and 1,500-space multi-storey car park
Liverpool is still waiting to be granted two vital UK government approvals before work can start on its long-awaited new cruise terminal. The delays have added a year to the project, Seatrade Cruise News has learned.

In a far-ranging update, Liverpool City Council officials responsible for the scheme say they remain confident of being able to start work on site by early summer 2020 with the new terminal, together with a 200-room hotel and 1,500-space multi-storey car park, ready for business in 2022.

The total project has an estimated budget of £90m ($110.5m). A contract with an international operator for the running of the hotel is due to be signed before the end of this year, and major highway infrastructure projects improving access to the waterfront site and scheduled, say city officials.

But they say delays in obtaining mandatory permissions have added a year to the scheme.

‘The process has actually put us back by one year,’ said a spokesman for the project team. ‘But for that, I think we would have started by now,’ he added.

Officials cite extended public consultations and other requirements from the UK Government’s Marine Management Organisation (MMO) for the delay.

Developers require a licence from the MMO to proceed, together with a Harbour Revision Order which must be granted by Parliament. Until these are obtained, even preparatory work on the site remains off limits.

Initial public consultations in 2018 highlighted concerns over the potential impact on wildlife habitats and marine life in the River Mersey.

Concerns for the survival of cormorants, aquatic fish-eating birds, resident in the vicinity, and for fish in the river, were expressed by Natural England and the Inshore Fisheries and Conservation Authority prompting the MMO to order further consultation.

A spokesman for Natural England told Seatrade Cruise News: ‘This development poses some risks to cormorant which uses the areas impacted by the cruise terminal proposal. Risks are regarding loss of supporting habitat and disturbance. However, we consider this can be mitigated.’

The project team says alternative habitats for the birds will be provided on specially designed pontoons elsewhere in the area. ‘These are not formal objections, they are queries raised in the consultation,’ explained a Liverpool City Council spokesman.

The new terminal is designed to sit on a concrete deck mounted on piles to be sunk into the bed of the River Mersey. More than 170 piles are required to be positioned on the site currently occupied by a derelict timber landing stage next to the current cruise berth.

The IFCA concerns centre around this piling process and the potential impact on marine species in the river.

‘We have modified the piling method to reduce this noise and possible disturbance,’ added the council spokesman.

Mayor of Liverpool Joe Anderson told Seatrade Cruise News: ‘We are working in partnership with some of the very best in the engineering industry to deliver this facility to the very highest standards.’

If the revised arrangements and proposals are accepted, the council hopes to be given clearance to allow its contractors on site to start work by next June or July. The council expects the work to last 128 weeks.