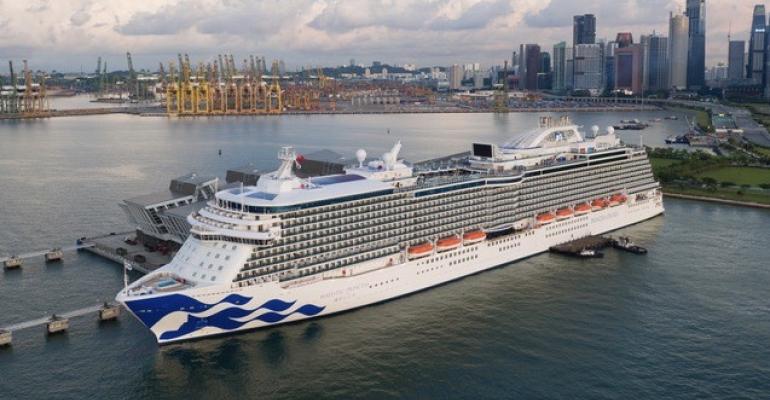 Majestic Princess, pictured here in Singapore, is going to sail from the US West Coast for the first time

Majestic Princess, built for China and lately deployed seasonally in Australia and Taiwan, is going to sail from the US West Coast starting in late 2021.

Princess Cruises will field five ships on the West Coast in the late 2021 to early 2022 period, with destinations including the California, the Pacific Northwest, Mexico and Hawaii.

Majestic Princess will sail from Los Angeles for the first time with seven-day Mexican Riviera voyages throughout the season as well weeklong 'Classic California Coast' voyages in the fall and spring.

The 15-day Hawaii round-trips to Maui, Oahu, Kauai and Hilo will operated on Grand Princess and Sapphire Princess from Los Angeles and Ruby Princess from San Francisco.

Weeklong California cruises depart from Los Angeles on Discovery Princess and Majestic Princess and from San Francisco on Ruby Princess. Destinations include San Diego, Santa Barbara and Monterey. Three-to five-day getaways also highlight these towns as well as Ensenada, Mexico. A seven-day cruise from San Francisco on Ruby Princess will visit the Pacific Northwest, including Astoria and Seattle.