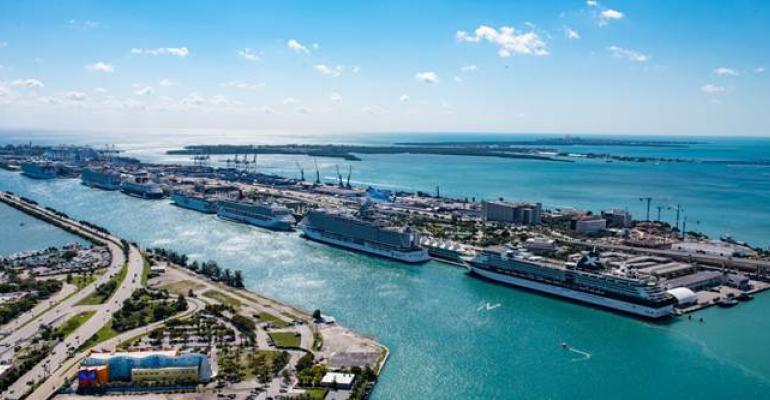 Earlier this week, after President Trump pledged to help the cruise industry, some speculated that meant financial support. However, as evidenced in its proposals to the US coronavirus task force, the industry is acting to remove financial burden to the US.

'Our focus is the health and well-being of passengers and crew — at industry expense, not the taxpayer expense,' a Cruise Lines International Association spokeswoman confirmed to Seatrade Cruise News. 'The industry has and will continue to make decisions based on that critical filter during this very fluid situation with rapidly changing circumstances.'

PortMiami is waiving lay berth fees for homeporting cruise ships that request berthing during the next 30 days. The time period could be amended, as needed. 'Our cruise partners have our full support,' Miami-Dade County Mayor Carlos A. Gimenez said.

Bahamas Paradise Cruise Line canceled all sailings from March 15 through April 8. Grand Celebration is to resume operations with its April 10 departure.

Canaveral Port Authority is operating normally but said the decision by lines to temporarily suspend cruise ship operations from US ports will have 'profound impact,' especially for a cruise port like Canaveral. The world's second busiest cruise port is working to help cruise partners with their operational and berthing needs.

Cambodia is blocking international river cruises from Mareh 13 until further notice, according to Destination Asia. The tour operator added that citizens of Italy, Germany, Spain, France and the US will be denied entry to the country starting March 17 for a 30-day period.