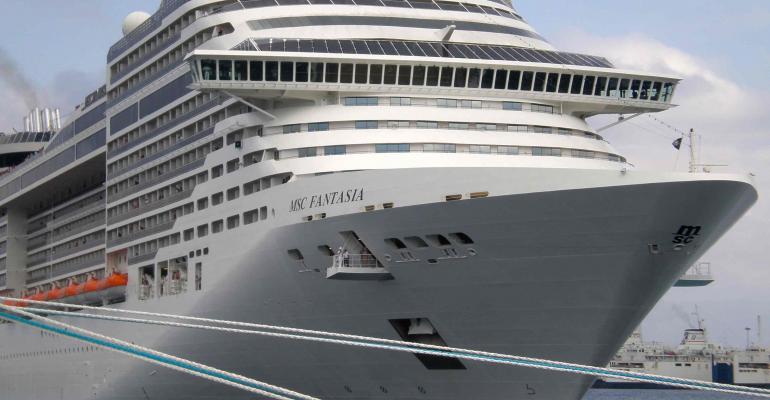 Costa Luminosa, docked 72 hours earlier in Savona, by Tuesday evening had only about 500 crew members on board — all asymptomatic. All passengers were disembarked, with public health protections, along with more than 200 crew who were heading home or, if symptomatic or tested positive, to be housed in armed forces barracks in Turin. Nine people are currently hospitalized, the last, a Filipino crew member.

Of the 500 crew on board, 80 to 100 will remain with the ship while the others — Indonesians, Filipinos, Indians — were to leave on charter flights. Soon Costa Luminosa will move to another berth in the port where it will be fully sanitized and await the resumption of cruise operations.

Complications continue, though. For example, three Ligurian drivers who were taking passengers home to Romania are stuck on the border between Hungary and Romania.

Their bus, hired by Costa Cruises, crossed Slovenia, Austria and Hungary to the Romanian border, where it was blocked. Romanian border police disembarked the passengers, saying it was not necessary to take them to their destination because Romanians would do it. At that point the drivers should have returned, but the Hungarians did not let the vehicle pass. The bus was in the space between the two countries under the snow, and the drivers weren't allowed to get off to eat or go to either country to find a hotel.

MSC Fantasia, alongside in Lisbon since Sunday following a trans-Atlantic crossing from Brazil, resumed disembarking passengers today under the supervision of local authorities and subject to health checks. Everyone was supposed to get off Sunday, however after a first group of Portuguese nationals left the ship, two guests tested positive.

Disembarkation is now expected to continue at least through Thursday. For the great majority of guests, MSC Cruises has organized direct charter flights or other transportation, by nationality.

During its crossing, MSC Fantasia not stopped at any ports prior to Lisbon. MSC Cruises said it had checked all passengers and crew's health and travel histories prior to embarkation.

Zaandam to get support from Rotterdam

Thirty passengers and 47 crew have now reported to Zaandam’s medical center with influenza-like symptoms, up from a total 42 people previously. Those who feel sick and their close contacts have been isolated while all passengers are staying in their staterooms for now. The ship is carrying 1,243 passengers and 586 crew.

Since all ports along Zaandam’s route up the Pacific Coast of South America are closed to cruise ships, Holland America Line deployed Rotterdam to rendezvous and provide extra supplies, staff, COVID-19 test kits and other support as needed. Carrying 611 crew and no passengers, Rotterdam departed Puerto Vallarta, Mexico, Sunday afternoon.

The ships are scheduled to meet by the evening of March 26 off the coast of Panama.

Poseidon still committed to the Arctic

Poseidon Expeditions suspended Sea Spirit operations for the balance of March and April. Postponed until 2021 are a sub-charter in the mid-Atlantic and a cruise to Portugal, Spain and France. After completing its Antarctica season, the ship is heading north from Montevideo, Uruguay, where passengers disembarked March 19.

Steve Wellmeier, managing director of the company’s US office, said Poseidon remains committed to its 2020 Arctic season but is letting travelers re-book or transfer to a 2021 Arctic departure, beginning from 60 days and up to seven days prior. Final payment is due 60 days out instead of 90 days and deposits on new bookings are halved, to 10%.

The Russian Federation's borders recently closed to all foreign travelers until May 1, however Poseidon’s three North Pole voyages aboard 50 Years of Victory remain scheduled, beginning July 12 from Murmansk. Final payment is due 60 days out, instead of 90 days.

Haifa Port created a video message on behalf of Israel to cheer cruise industry friends around the world: 'We love you and we miss you, and we hope to see your beautiful ships coming to the Holy Land really soon.'

Each night at 7:30, all the ships anchored around Grand Bahama Island — including five belonging to Holland America Line — are sounding their horns in solidarity. According to a tweet @HALcruises, this is 'letting the world know that we are strong, safe and healthy on board, and we are thinking of everyone. #HopeFloats.'

Aboard Nieuw Amsterdam, for one, a different crew member is selected to sound the horn each night.