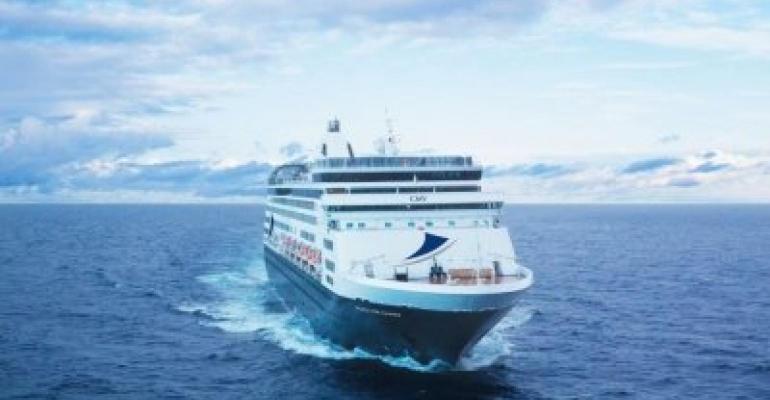 Seven crew members aboard Celebrity Apex at Chantiers de l'Atlantique have been diagnosed with COVID-19, according to the regional health agency, and are in strict isolation. Their close contacts were reportedly being tested. The ship has been at the yard, ready for hand-over, with some 1,400 crew who've had to remain on board due to French regulations.

Two people on the ship reportedly had tested positive and were isolated on board. Even so, a large crew party was held March 21.

A spokesperson for parent company Royal Caribbean Cruises Ltd. did not address specifics but said: 'We appreciate the support of French authorities and public health officials and are following their guidance for the protection of our crew’s health. Strict shipboard protocols are in place for our crew members who remain in isolation under medical supervision, and we are working to return them safely home.'

The US Coast Guard facilitated medical evacuations for as many as 13 crew members from Costa Magica and Costa Favolosa offshore from Miami. With respiratory symptoms consistent with pneumonia and bronchitis, they required life-critical care ashore, according to a PortMiami statement.

Both ships were ordered to remain three miles offshore while the disembarkation plan was approved, with tenders to transport the crew to Coast Guard Base Miami Beach, and Miami-Dade Fire Rescue to take them from there to area hospitals.

CroisiEurope, which earlier suspended sailings through April 15, is delaying further. All river and coastal cruises are suspended through April 30, while cruise safaris in southern Africa will not operate through May. Mekong cruises are to resume Aug. 14.

Passengers on canceled sailings are being contacted and will be able to book a later trip.

All new bookings made between March 9 and May 1 for departures until Aug. 31 may be canceled up to 30 days before departure, without penalty, apart from fee routing and administrative costs.

Cruise and Maritime Voyages’ Vasco da Gama will arrive in Fremantle Friday but won’t be allowed to disembark passengers.

'At this stage, we have been informed the ship will be sent to nearby Rottnest Island where passengers will be isolated for 14 days,’ Dean Brazier, MD Australia, said.

‘As CMV was not informed of this decision (by the premier of Western Australia) in advance, we are only now beginning to notify passengers and their travel agents,’ Brazier said. ‘We have recorded no health issues with our guests who are on board.

‘When they arrive our guests will have been at sea for 13 days straight without disembarking the ship or being in contact with anyone who was not a guest or crew member of CMV and we are disappointed that they will now have to wait a further 14 days until they can return home.’

Earlier, the ship took part in a dramatic mid-ocean transfer of Australian passengers from Columbus off the coast of Thailand, reported here.