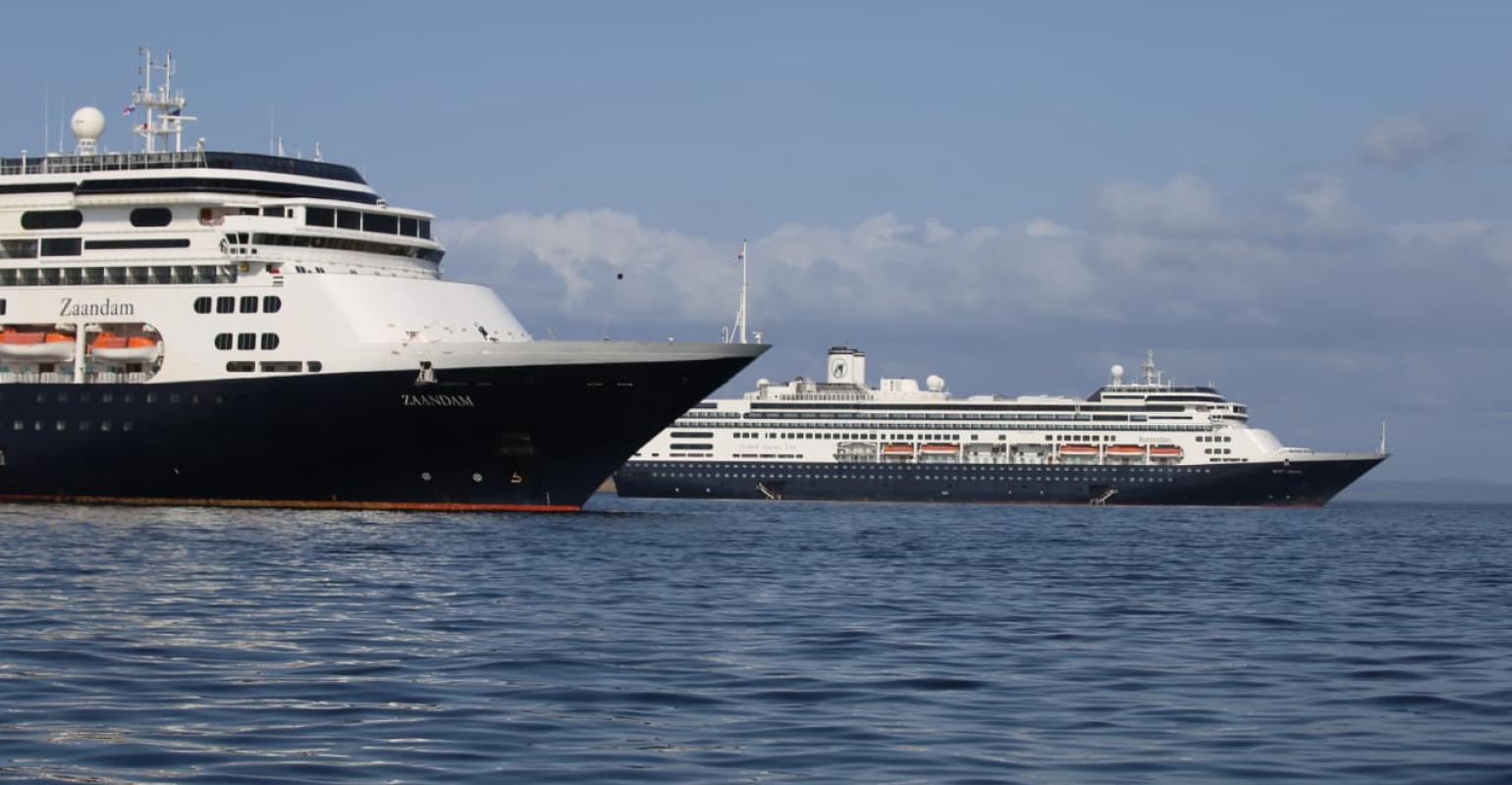 Groups of healthy passengers are being transferred from Zaandam to Rotterdam. anchored off Panamanian waters
In addition to feature story coverage, here's a quick read of some of today’s other coronavirus-related cruise news.

Panama Canal authorities are allowing Zaandam to transit after all, following authorization by Panama's Ministry of Health.

Earlier, it looked like the ship was going to be blocked due to cases of COVID-19 on board. However, Panama reconsidered, on humanitarian grounds. As earlier reported, four people have died on Zaandam, though the causes have not been released.

'We are aware of reported permission for both Zaandam and Rotterdam to transit the Panama Canal in the near future,' Holland America Line said late Saturday. 'We greatly appreciate this consideration in the humanitarian interest of our guests and crew. This remains a dynamic situation, and we continue to work with the Panamanian authorities to finalize details.'

Some healthy people transferring to Rotterdam

Both ships are currently anchored outside Panama Canal waters, where groups of healthy passengers only are being transferred to Rotterdam, as part of an operation approved by the Panama Maritime Authority.

Traveling through the Panama Canal will allow Zaandam to save two days on its journey back to Florida, where HAL hopes to secure permission to disembark at Port Everglades. The ship, coming from South America, has not been allowed to dock anywhere, and Rotterdam, carrying only crew, was dispatched with supplies and additional medical personnel.