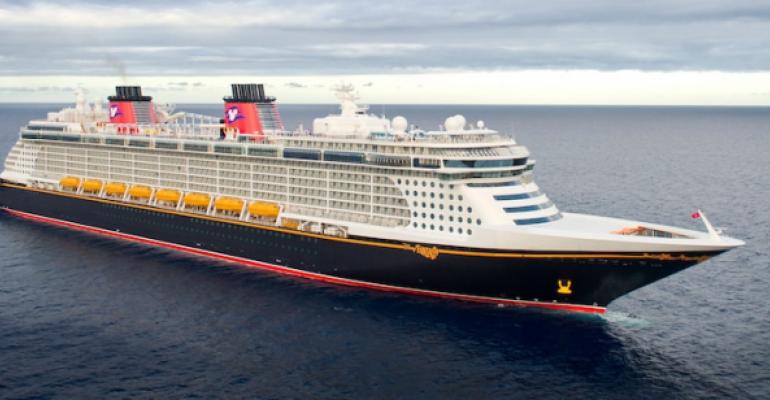 CF Sharp Crew Management said it is doing all it can to repatriate crew from ships around the globe and has suspended crew deployments until further notice.

The Philippines-headquartered crew specialist has 100 crew members recently returned from cruise vessels who are undergoing 14 days of isolation Manila before they may reunite with their families, while a further 899 seafarers are due to arrive this week.

Roger Storey, managing director, CFSharp, Singapore, praised cruise line clients for their support getting seafarers home. He said Norwegian Cruise Line arranged two sweeper flights which, as long as they are not held up byred tape, are due to arrive in Manila on April 1 (445 seafarers) and April 2 (454 seafarers). Places have been reserved for all of them to undertake their compulsory 14-day quarantine.

According to a Harris Poll, the cruise industry will take longer to recover than other travel options like flying on a plane or staying at a hotel. The firm looked at how long it would take people to resume a host of normal activities and travel options after the COVID-19 curve flattens.

'Americans are keeping their distance from cruise ships for the time being,' the poll found, with 22% of those polled saying it will take a year or longer before they'd take a cruise and one in 10 saying 'never again.'

The polling took place over the March 21-23 weekend and involved a nationally representative sample of 2,023 US adults.

John Gerzema, CEO of the Harris Poll, told Forbes it's important to remember this is a snapshot taken at a very dark time. 'At the moment, getting on a plane or a cruise ship looks like high-stakes gambles,' he said. So this type of near-term pessimistic outlook would be expected.

The Royal Caribbean group —Royal Caribbean International, Celebrity Cruises, Azamara and Silversea — extended its 'Cruise With Confidence' cancellation policy through Sept. 1. This allows cancellations up to 48 hours prior to sailing for any reason. Passengers will receive a full credit for their fare, usable on any future sailing of choice in 2020 or 2021.

The extension applies to new and existing cruise bookings.

Disney Cruise Line extended the suspension of new departures through April 28. Impacted passengers will be offered a cruise credit to be used within 15 months of their original sail date or a full refund.

P&O Cruises Australia further extended its voluntary pause to operations across Australia and New Zealand. The company had earlier extended its deadline until May 15, but that has now been put back until June 15.

Ships laid up in NZ

A report from the New Zealand Cruise Association said cruise ship agents have been liaising with government agencies to permit some ships to remain in New Zealand.

There are currently two ships in Auckland — Hapag-Lloyd’s Bremen, docked at Queens Wharf, and Ponant’s Le Láperouse, at anchor.

Arrangements are being made for these ships to continue to lay up in New Zealand without passengers and with crew numbers consistent with international manning requirements.

Only two of the 18 ships in Princess Cruises' fleet are still sailing. Coral Princess was to make a service call at Barbados Tuesday evening before continuing to Port Everglades with arrival estimated April 4. A 'higher-than-normal' number of people have reported influenza-like symptoms, with many testing positive for regular influenza. However, all passengers have been asked to stay in their rooms and meals are being delivered. Crew are remaining in their cabins when off duty.

Pacific Princess is at sea, having loaded provisions and refueled in Melbourne, Australia, on Friday. Aboard are 115 passengers who did not meet the International Air Transport Association fitness standards for air travel or were unable to return home by aircraft due to medical conditions unrelated to COVID-19. They are sailing back to Los Angeles, for arrival approximately April 17, with an additional service call before then at Honolulu.