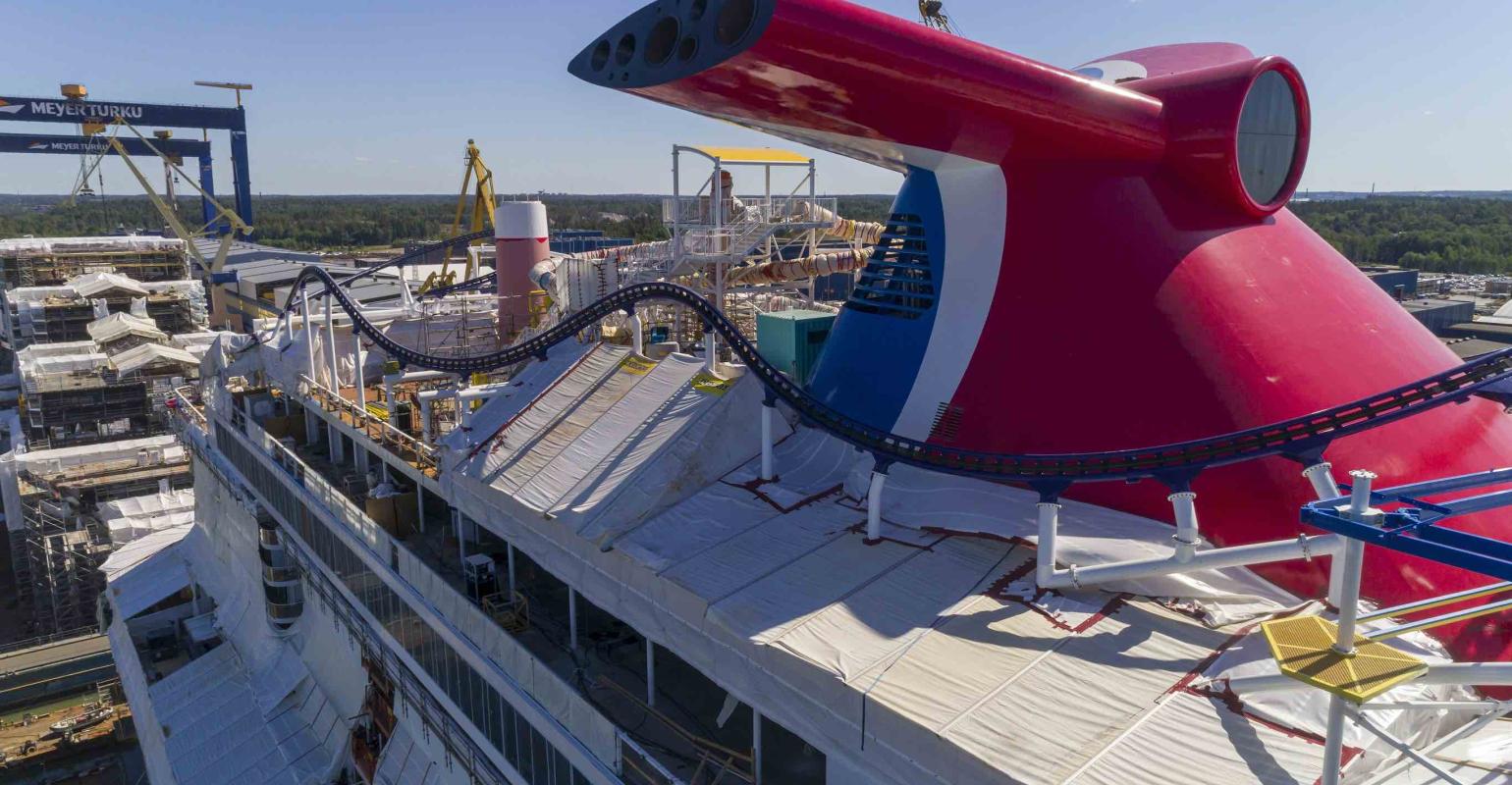 Workers have installed nearly 800 feet of suspended track for BOLT, the first roller coaster at sea

Construction of Carnival Cruise Line’s Mardi Gras is progressing at Meyer Turku as the ship is being readied for its scheduled February debut.

Workers have installed nearly 800 feet of suspended track for BOLT, the first roller coaster at sea It encircles upper decks, 187 feet above the water line.

All of the ship’s more than 2,600 staterooms, including 180 suites across 11 categories, have been installed as well, with interior outfitters putting the finishing touches on these accommodations.

At the heart of the 21-deck ship is Grand Central, a massive atrium with three-deck-high windows.

Mardi Gras is scheduled to enter service Feb. 6 from Port Canaveral’s new Cruise Terminal 3, which has been built to accommodate the ship and facilitate its LNG bunkering operations.