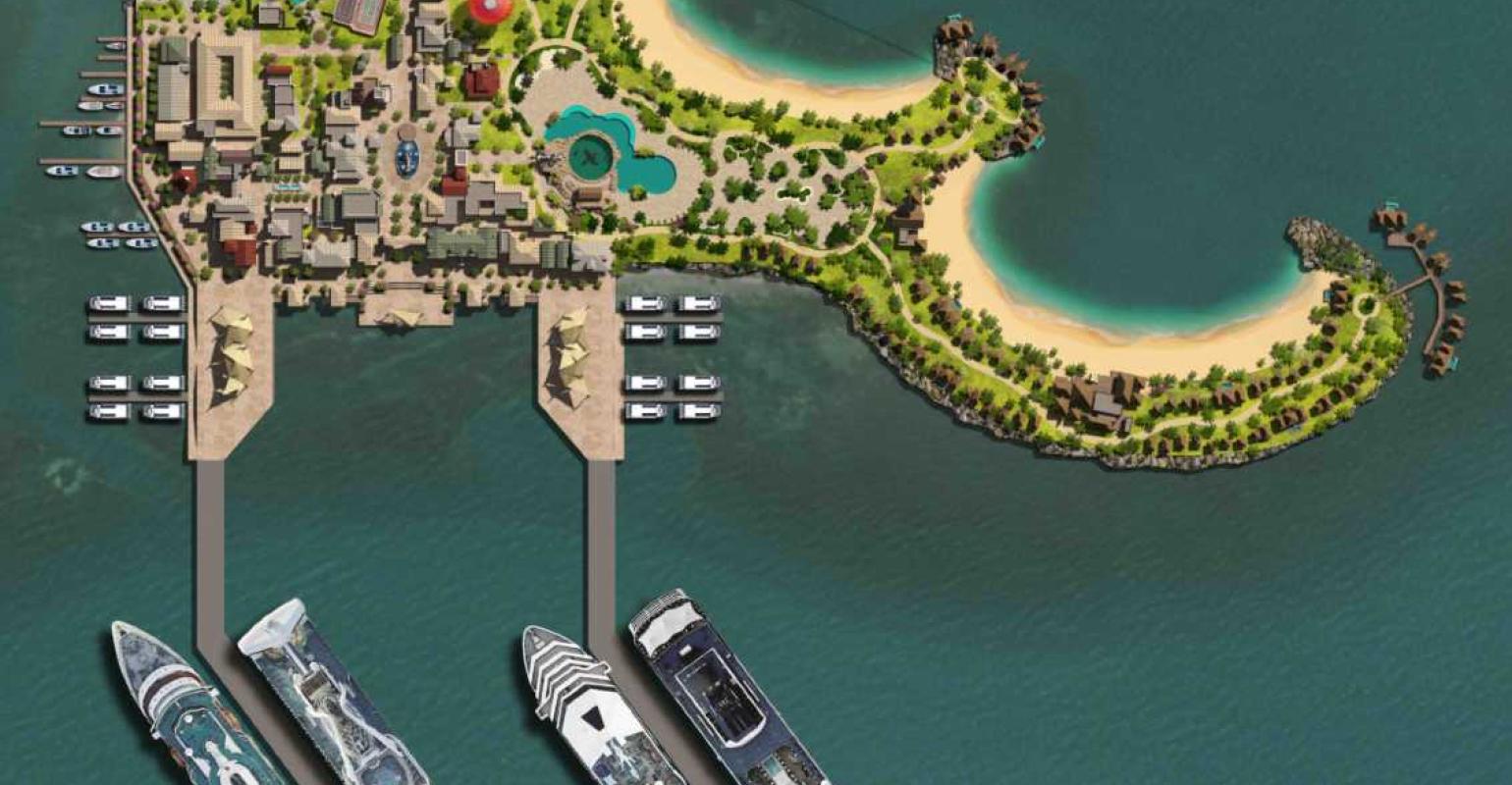 Marine construction to start on Port Coral in Belize

Panama-based Intercoastal Marine is a leading marine construction firm in Central America and the Caribbean.

The work entails two finger piers that will be able to accommodate four of the largest cruise ships simultaneously. From there, it is a short tender ride in flat, calm water to North Drowned Cay, linked by a causeway to the mainland.

Currently, passengers have a long tender in open waters, landing at Belize Tourism Village, which can get congested.

‘This is really needed,’ said Mike McFadden of Florida-based MAC Maritime, Port Coral’s cruise industry liaison. ‘Everyone is very interested and excited because there is a genuine need for more docking facilities in the Western Caribbean.’

McFadden said he expects to secure formal agreements with cruise lines in the near future.

The 40-acre site — up from the 25 acres earlier planned — will be a gateway to Belize and a resort-like destination in itself, with three beaches, a zip line, a tethered helium balloon (like that on Royal Caribbean’s Perfect Day at CocoCay), a pool zone, bars and restaurants, retail, and beachside, oceanside and over-water cabanas. Crew get their own facilities.

The Feinstein Group bought its own dredge, and dredging is ongoing. Progress includes a number of seawalls that enclose the beach area. There will be one mile of beaches including a sweeping family beach, a teen beach and a crew beach. A dedicated watersports area is separate.

Belize is not known as a beach destination but with Port Coral, passengers will be able to step off their ship and stroll to the beach.

The pool zone, meanwhile, will have a themed grotto bar, central saltwater lagoon with acrylic viewing windows and helmet diving.

Gateway to the mainland

With all its enticements, Port Coral is still a gateway to the mainland for adventure excursions. Once cruisers take the short tender to North Drowned Cay, they will find an ample motor coach staging area.

Future plans envision a causeway to North Drowned Cay, so passengers could alight from their ship at Port Coral and travel directly by motor coach to the mainland, eliminating the need to tender at all.

Feinstein targets a May 2021 opening for Port Coral when the marine works are due to be completed. At that time, the upland will not be 100% finished but functional, he said.

As soon as two years after Port Coral's debut passenger numbers at Belize City could rise from 1m annually now to 1.8m in 2023, according to Feinstein, citing a cruise line projection.