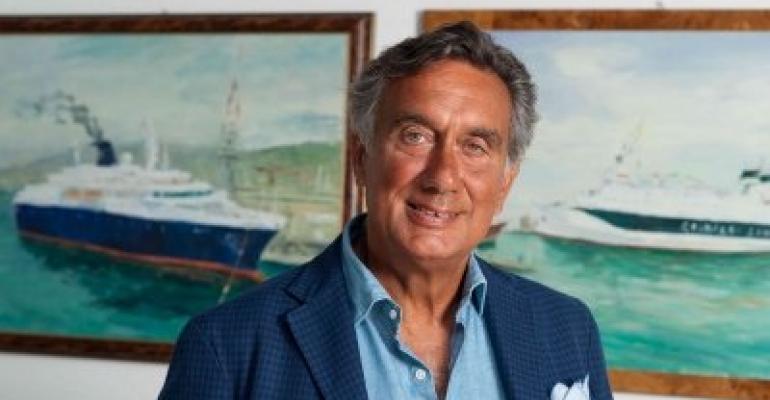 The agreement, he said, also covers an option for a minority stake in T. Mariotti.

GIN is the holding company founded in 2008 from the merger of two historical shipyards in Genoa, T. Mariotti and San Giorgio del Porto.

In a wide-ranging interview, Bisagno spoke about the new Fincantieri agreement following the dissolution of the Mariotti and Damen partnership, and the design and construction of Seabourn's first purpose-built expedition ships.

While the Fincantieri agreement is aimed at achieving further financial strength, increasingly important to take on complex projects and overcome market challenges, Fincantieri's involvement with the GIN group is an industrial operation. 'They are looking after our shipbuilding and ship repair capabilities, including the network of our group companies involved in ship outfitting,' Bisagno explained.

'Our expertise in the construction and outfitting of cruise ships up to 40,000 gross tons is shown in the recent deal with Seabourn,' he said. Moreover, 'through the cooperation agreement, Fincantieri also looks to enlarge a network of shipyards when their sites are extremely busy.'

GIN has important assets in Genoa in the ship repair area, which cover a total area of about 53,000 square meters with five dry docks; in Marseille with three dry docks including Dock No. 10, the largest in the Mediterranean; and in Piombino, where about 80,000 square meters are available to be developed into a site dedicated to ship recycling and shipbuilding.

With the dissolution of the agreement with Damen Group, 'with whom we maintain good relationship,' Bisagno said, T. Mariotti has continued to work on the design and construction of two luxury expedition newbuilds for Seabourn.

Mariotti enjoys a long relationship with the Carnival Corp. & plc brand, having built and subsequently refurbished its first three Odyssey-class newbuilds, the 32,346gt, 200-meter Seabourn Odyssey, Seabourn Sojourn and Seabourn Quest, which entered service between 2009 and 2011.

Bisagno said Seabourn's strong knowledge of Mariotti's capabilities was the key driver of their decision to award the expedition newbuilds to Mariotti.

This, together with Mariotti's long experience in designing and building mega-yachts and the custom design required by the mega-yacht segment—including engineering solutions such as multiple shell doors and convertible stern area with dock and stowage for tenders and water 'toys,' plus the helicopter facilities—helped inform the design for Seabourn's special requirements.

The extensive preliminary design work by the shipbuilder together with Seabourn before the contract was awarded in October 2018 provided a solid base for fine-tuning the features. The next milestone is set for the May-June period, when Mariotti plans to begin hull assembly after cutting steel for the first modules.

The company is close to selecting where to build the hull and superstructure; outfitting will be completed at Mariotti's Genoa facilities. Cimolai's facility at San Giorgio di Nogaro near Udine on the Adriatic Sea, which was used by CIMAR’s 50-50 joint venture between Cimolai and Mariotti to build the Odyssey-class ships, is likely to be used by the JV.

This would give the possibility to transfer the completed hull, without or with superstructure, to Genoa, which could occur by the beginning of 2020 or spring of the same year (depending on hull or hull plus superstructure completion), in order to deliver the first ship, Seabourn Venture, in June 2021.

Bisagno noted the Seabourn ships have been designed to meet the rigorous standards necessary to operate in a range of austere environments. Lloyd's Register will be overseeing the construction to Polar Class 6 standard, which provides the capability of operating summer and autumn in medium first-year ice in Antarctica, the Arctic and other far-flung destinations.

As earlier reported, the ships will have shell doors at the waterline so passengers can easily step into Zodiacs for wildlife viewing or shore visits. These shell doors are expected to provide access to the compartments where not only some of Zodiacs but also the kayaks and the two mini-submarines carried on board will be housed. Other Zodiacs will be stored atop the midships superstructure.

After a lengthy evaluation of different ship design solutions based on operating experiences at the two poles, the new expedition ships will not have a helicopter pad, flight operations or a drop-down stern marina. Instead, most at-sea operations will be conducted via the side shell doors.