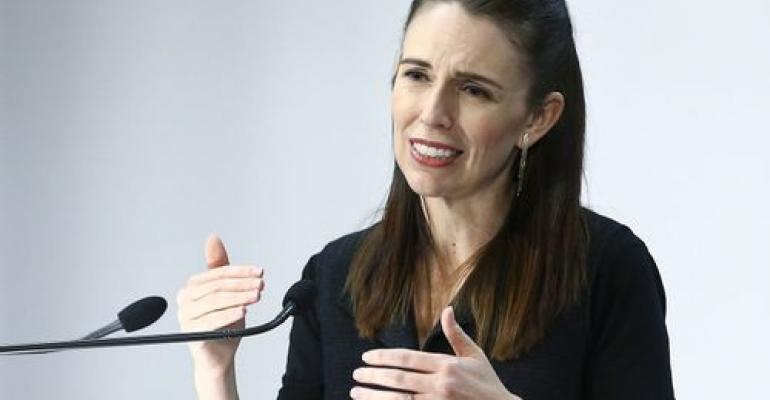 In addition to feature-story coverage, here's a quick read of some of today’s coronavirus-related cruise news and announcements.

Could trans-Tasman voyages be first to open for Australasians?

Australian Prime Minister Scott Morrison and New Zealand Prime Minister Jacinda Ardern have discussed the possibility of flights between the two countries without people having to undergo 14 days of quarantine at either end of the journey.

This begs the question: Will the same apply to cruise ships?

The two prime ministers talked about a ‘trans-Tasman bubble’ because both nations have had a low rate of new coronavirus infections and a declining number of active cases since shutting down their borders.

The ‘bubble’ concept would be an important step in kick-starting the tourism industry for both economies which have been crippled by the coronavirus pandemic.

‘If there is any country in the world with whom we can reconnect first, undoubtedly that’s New Zealand,’ Morrison said.

‘The two-way travel between Australia and New Zealand is 1.4m a year both ways, almost as many Kiwis come here as Australians go there,’ he said.

He said the safe travel zone with New Zealand is 'not something that is about to happen next week,’ but it will likely happen.

P&O Cruises Australia extended its pause in operations in Australia and New Zealand through August.

'Australia and New Zealand have led the world in flattening the COVID-19 curve, which adds to our optimism for the future. However, we also recognise that a further extension is the prudent and responsible course,' P&O Cruises Australia President Sture Myrmell said.

The extended affects sailings on Pacific Dawn scheduled to depart Brisbane between June 16 and August 26, Pacific Explorer's cruises from Sydney June 24 to August 24 and Pacific Aria's sailings from Auckland July 4 to August 23.

Passengers are eligible for a full refund or a future cruise credit plus an on-board credit offer. Travel agent commission will be fully protected for bookings paid in full as at May 4 and those cancellations that occurred within the final payment date.

Following the inaugural South Pacific Cruise Forum in Tahiti in 2015, plans for a second conference in Papeete in October this year have been postponed due to COVID-19.

The forum, organised by the South Pacific Cruise Alliance, put the spotlight on the ‘maritime continent,’ a large triangle connecting Fiji, New Zealand and Tahiti.

It was suggested that a cruise ship dedicated to the South Pacific could use Auckland as the main hub with secondary hubs in Fiji and Tahiti.

Carnival Australia Destination director Michael Mihajlov, one of the speakers, said the company had plans to make Lautoka a hub.

Another speaker, Ted Blamey, principal of Sydney-based CHART Management, presented the Pacific Cruise Tourism Development Strategy that had been undertaken by his company.