'Mistakes were made ... We failed' to follow own coronavirus protocols: Hurtigruten CEO 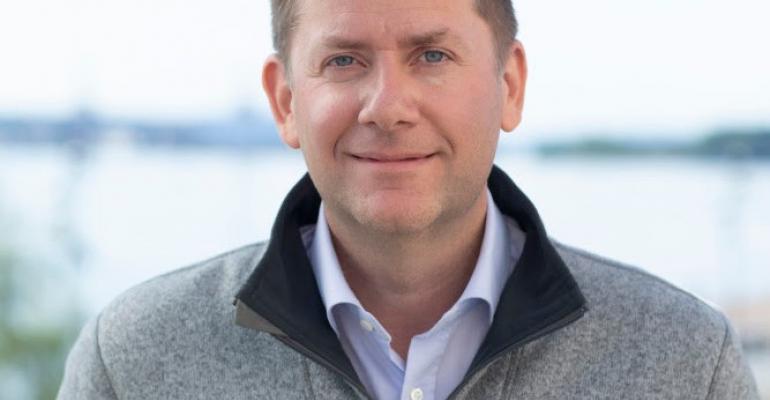 'We have made mistakes and we have failed in this case. We thought we were ready to start the expedition cruises and that we were well prepared,' CEO Daniel Skjeldam said

Hurtigruten failed to live up to its own coronavirus protocols for Roald Amundsen, including not properly quarantining foreign crew before embarkation, not informing passengers of illness on board soon enough and letting everyone off at Tromsø Friday.

'This is not good enough, and it is my responsibility as top manager,' said CEO Daniel Skjeldam. The company has canceled all expedition cruises and engaged DNV GL to carry out a full external investigation.

Hurtigruten also said it is cooperating in investigations by the police and other authorities.

'We have made mistakes and we have failed in this case. We thought we were ready to start the expedition cruises and that we were well prepared,' Skjeldam said. 'The preliminary review of what has happened on MS Roald Amundsen shows several deviations from our procedures.

'It's not good enough,' he added. 'This has created a demanding and serious situation. To our guests, employees and everyone who loves Hurtigruten, I want to apologize for this.'

At a news conference Monday in Oslo, Skeldam said the quarantine rules for foreign crews on its expedition cruises were not handled satisfactorily. 'Advice and recommendations from the National Institute of Public Health have not been passed on to those of us who are responsible for making decisions. This has led to us making wrong decisions, and it has led to us not having good or open enough communication,' he said.

'Had our own procedures been followed, we probably would not have been infected on board, even though there are no guarantees.'

36 crew and at least five passengers have coronavirus

Tests of all 158 crew found 36 with coronavirus, as earlier reported. Four are hospitalized in Tromsø, with three expected to be released this week and the fourth in stable condition. Thirty-three of the 36 are Filipinos. The others are Norwegian, German and French.

Five passengers have tested positive, while a large number have tested negative, according to the company.

Roald Amundsen remains alongside in Tromsø.

Meanwhile, on sister ship Fridtjof Nansen, the four crew who were isolated with what Hurtigruten described as 'mild cold symptoms' have tested negative.

The ship is carrying 171 passengers and 162 crew on a two-week cruise along the Norwegian coast, round-trip Hamburg.

All the crew are being tested and passengers are being offered tests and encouraged to take them. The first tests will be delivered ashore in Ålesund on Tuesday for quick analysis.

Until then, passengers are asked to stay in their cabins.

Spitsbergen heading to Tromsø where everyone will be tested

Hurtigruten's Spitsbergen is on its way from Svalbard to Tromsø today, with planned arrival in Tromsø Wednesday afternoon.

The ship's doctor said there are no suspected cases among the 70 crew or 64 passengers. Of the crew, 46 are Filipinos, 20 are Norwegian and four are from other European countries. Three-quarters of the passengers are Norwegian, with the rest from elsewhere in Europe.

The ship was scheduled to receive equipment for sampling in the Adventfjord outside Longyearbyen on Monday but, due to fog, the plane with the equipment could not land. So Spitsbergen will go to Tromsø to test everyone on board.

No one will be allowed ashore until they test negative.

Hurtigruten's scheduled coastal traffic between Bergen and Kirkenes continues, because — the company said — it is 'fundamentally different and there is no indication that procedures have been broken here.'