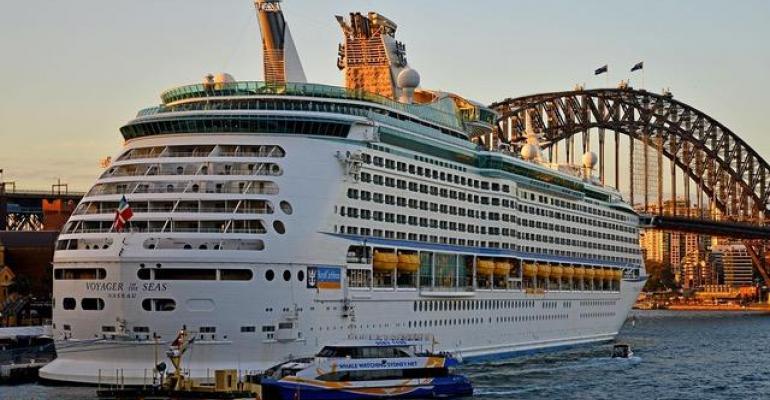 This follows the discovery reported here that passengers and a crew member had coronavirus when Ruby Princess docked in Sydney on March 19 after a cruise to New Zealand.

Ovation of the Seas

Voyager of the Seas

A woman in her 20s who departed Sydney on February 25 in Voyager of the Seas, which returned on March 7 after visiting the South Pacific and New Zealand, was confirmed to have the virus.

NSW Health said the 14-day self-isolation period has passed for these passengers, but they should be alert for flu-like symptoms.

A man from South Australia who left Sydney for a South Pacific cruise on March 7 aboard Voyager of the Seas, which returned on March 18, had the virus.

NSW Health is alerting passengers he was infectious while on board and that they are considered ‘a close contact’ and must self-isolate until April 1.

7News said another man with coronavirus joined Celebrity Solstice in Auckland on March 10. Solstice docked in Sydney on Friday.