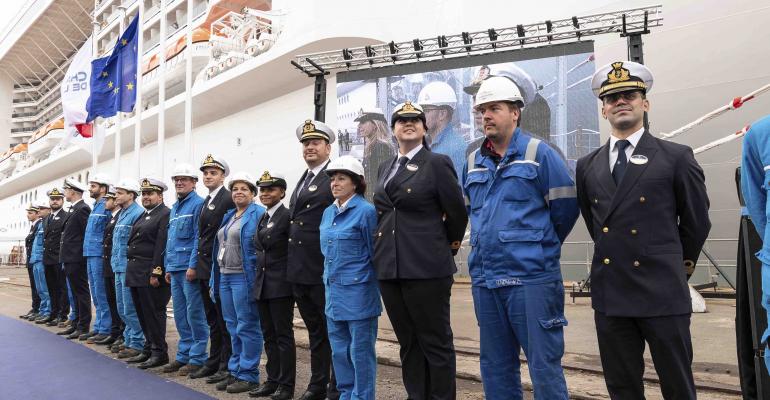 MSC Cruises has ordered two large LNG-powered ships at Chantiers de l’Atlantique, a deal worth €2bn, according to the Elysée Palace in Paris.

These contracts represent a capital investment by MSC Cruises exceeding €2bn and are expected to generate 14 million additional working hours, amounting to over 2,400 full-time equivalent jobs for the next three and a half years directly supported by those orders.

MOU for €4.5bn of additional ships

This firm order is accompanied by two memoranda of understanding, potentially worth €4.5bn in additional investments.

These MOU would entail a new LNG class of four ships and a prototype for a vessel partly powered by sails.

Elysée Palace issued the news on the eve of the ‘Choose France’ summit Monday in Versailles. According to the Elysée, the two 6,761-passenger ships will generate 14m work hours, corresponding to 2,400 jobs over 3.5 years.

Meeting with the French prime minister

Fifteen MSC ships have been built at Saint-Nazaire.