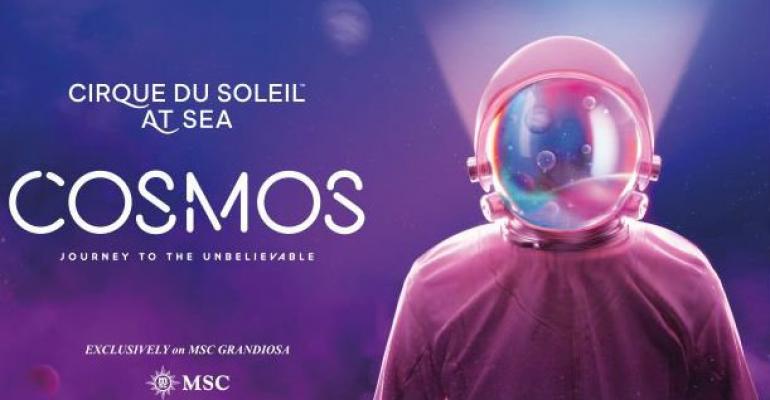 MSC Cruises has revealed details of MSC Grandiosa’s two new Cirque du Soleil at Sea productions, which have been added to the ship’s performance schedule and will be performed in the 400-capacity custom-built Carousel Lounge.

To enhance MSC Grandiosa’s entertainment venue 80 kinetic LED spheres were added to create atmosphere at specific moments during the shows and to provide a large array of visual effects. The moving LED lights are spread across the theatre to create depth and visual background.

The lounge was named after the 360° stage which rotates like a carousel with special rigging for aerial acrobatics. To enhance solo ground acts a new 2mtr lift in the centre of the existing turn table was installed to raise the performance above the stage floor. This new lift will be used during the juggling act for COSMOS and the contortion act on EXENTRICKS.

The new acrobatic performance in COSMOS sees three artists use a unique acrobatic apparatus developed specifically for the show. Aerialists will take to the air on a rotating stage using moving ropes which represent the rings of planets.

Cirque du Soleil performed previously on MSC Bellissima which was the first time the act had appeared at a ship launch.