NCL a ‘fly-cruise operator’ in Australia 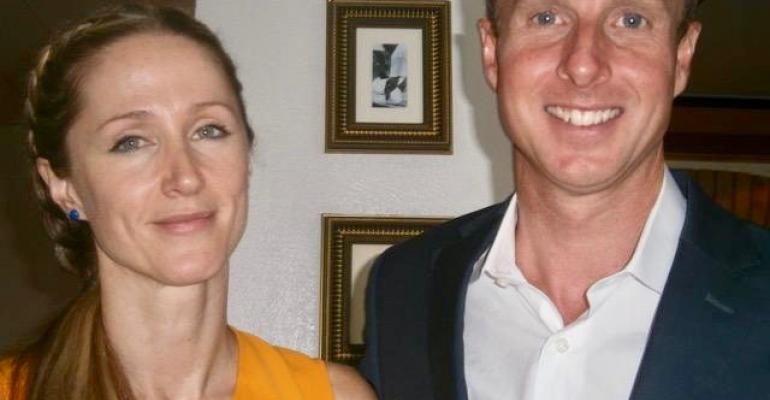 Ben Angell with Charli Beale, NCL PR executive APAC, at Thursday’s media lunch in Sydney aboard Norwegian Jewel
Norwegian Cruise Line is a fly-cruise operator in Australia, with approximately one-third of passengers from Europe joining Norwegian Jewel during her local extended seasons and one-third from the United States, with the balance from the domestic market.

This was revealed to media representatives on Thursday during a tour of Norwegian Jewel in Sydney followed by lunch in The Tsar’s Palace hosted by VP and MD APAC Ben Angell.

Angell, NCL’s former VP marketing Asia Pacific, was promoted last October when Harry Sommer was announced to succeed Andy Stuart as president and CEO of Norwegian Cruise Line. With Sommer giving up the presidency of international, that area was reorganized to return from corporate oversight to the brands.

‘We have a product that appeals to passengers around the world,’ Angell said.

He confirmed Norwegian Jewel, the first NCL ship to homeport locally for a full cruising season when she arrived in Sydney in November 2017, will return for a fourth season in 2020/21.

First in Eden after fires

Angell will be on board when Norwegian Jewel arrives in Eden Friday — the first cruise ship to arrive since the port was devastated by bushfires.

The Port Authority of New South Wales has confirmed the Eden Cruise Wharf was not damaged and is operational.

The Port Authority is working closely with cruise lines to ensure planned visits can continue where possible to play a vital role in strengthening the local economy.