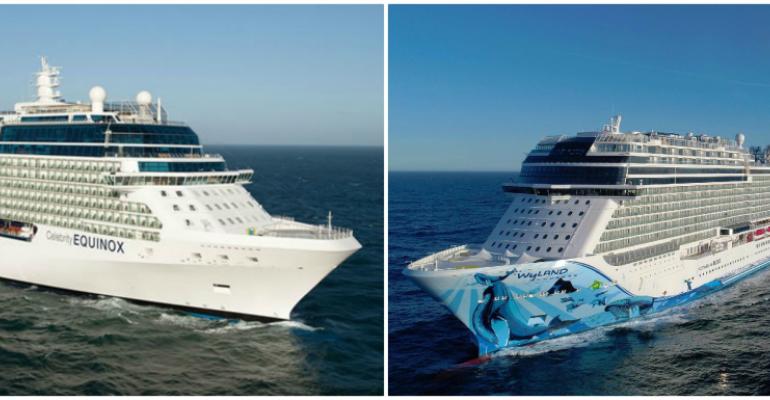 RCL's Celebrity Equinox, left, and NCLH's Norwegian Bliss are among the ships whose loans were amended

The 12-month debt holidays are offered by Hermes, Germany's official export credit agency, to provide relief for borrowers during the current COVID-19 pandemic.

As anticipated, RCL took advantage of the chance to defer debt payments for additional ships which, together, will generate approximately $250m of incremental liquidity through April 2021.

This is on top of the $200m of incremental liquidity previously disclosed in connection with RCL's Hermes-backed facilities for three ships.