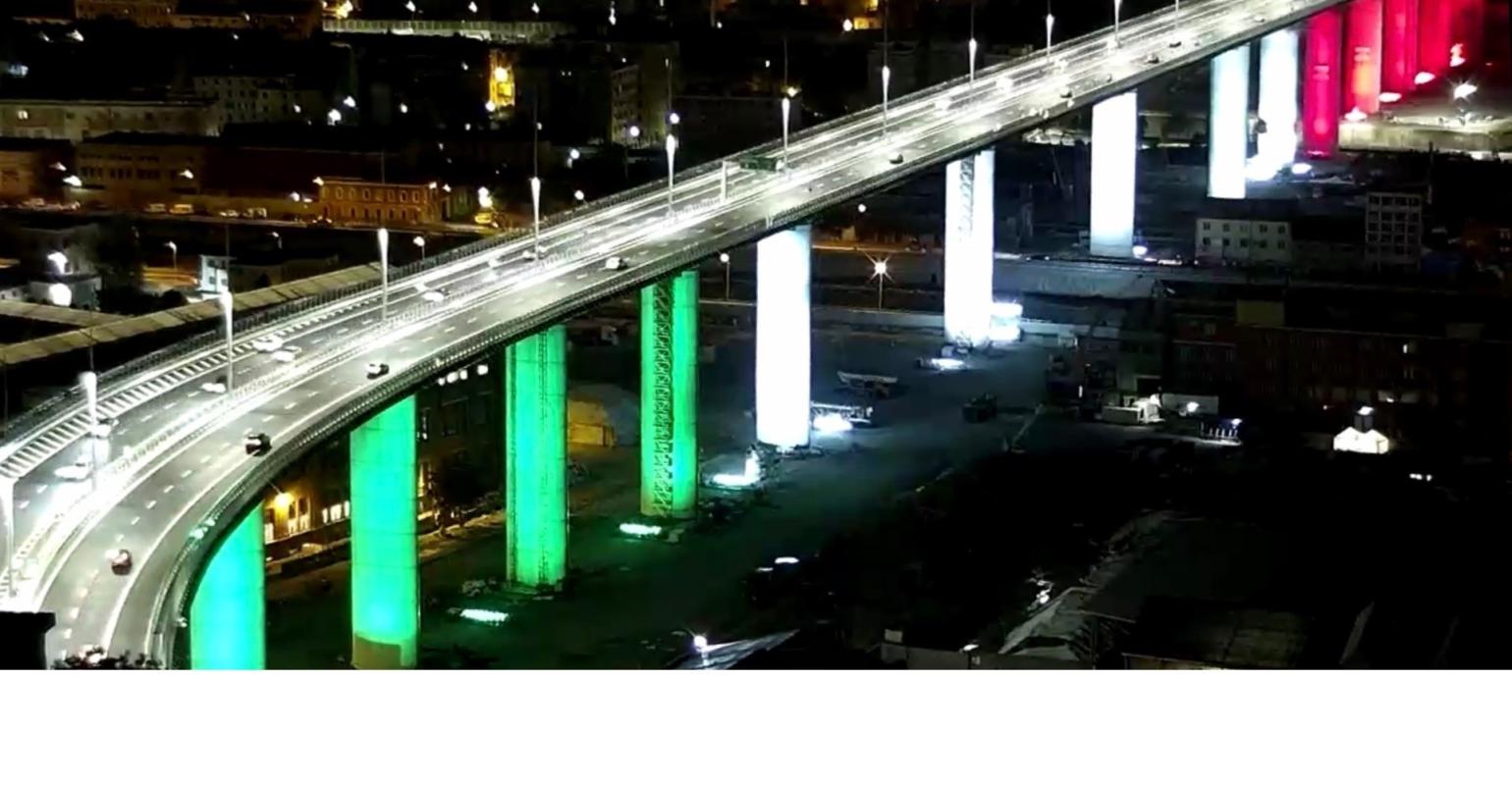 After almost two years since the tragedy of the Genoa bridge's collapse with the loss of 43 lives and 15 months after the PerGenova consortium including Fincantieri Infrastructure and Webuild (previously Salini Impregilo) began construction, the new structure was delivered Sunday to Genoa Mayor Marco Bucci in preparation for today's inauguration and the opening to traffic on Tuesday.

The bridge's collapse on Aug. 14, 2018, was a hard blow to Genoa, its port, industries and economy, literally cutting off the Ligurian capital's major motorway and railway links with the rest of the country.

Thanks to the consortium's 1,200 workers 'who have been working tirelessly since the first day and every following day except for Christmastime and when the weather conditions prohibited us to continue, even during the pandemic, we have fulfilled the promise made,' said Bucci, who is also the project’s extraordinary commissioner. He has been supported by Toti, who is playing a key role in the regional economy's recovery.

The construction was launched concurrently with the demolition of the collapsed viaduct by an industrial team led by Omini Demolizioni Industriali and including Fagioli, which participated in the demolition and by transporting, handling and installing bridge sections.

The bridge was designed together with Italferr and based on the pro bono contribution of Genoa native Renzo Piano, the world-famous architect. Both the demolition and construction phases were followed by RINA Consulting, ensuring project management, construction supervision, health and safety overview and quality assurance.

Piano paid tribute to those who died in the viaduct collapse and thanked the workers involved in the monumental construction project. He described his design as 'resembling a silent, big white vessel which crosses the valley with a streamlined, non-obstructing design ensuring the first sight and the light coming from the Mediterranean Sea for the travelers from the north.'

The new 1,067-meter long continuous truss and more than 45-meter-high bridge has 19 steel and concrete spans and 18 elliptical section piles made of reinforced concrete. These support a main deck with double carriageways for each direction, plus emergency lanes. Smart technologies are embedded for monitoring, maintenance and reduced environmental impact.

The participation of Fincantieri and RINA meant the latest technologies from the maritime sector were applied. In addition to safeguards limiting the effect of the nearby sea and green, self-sustaining energy solutions, the contribution of Fincantieri's Centena research and consulting center and Seastema companies together with Genoa's Istituto Italiano di Tecnologia scientific research center enabled the development and installation of a self-monitoring suite with more than 250 sensors and two robots to remotely control and maintain the bridge infrastructure.