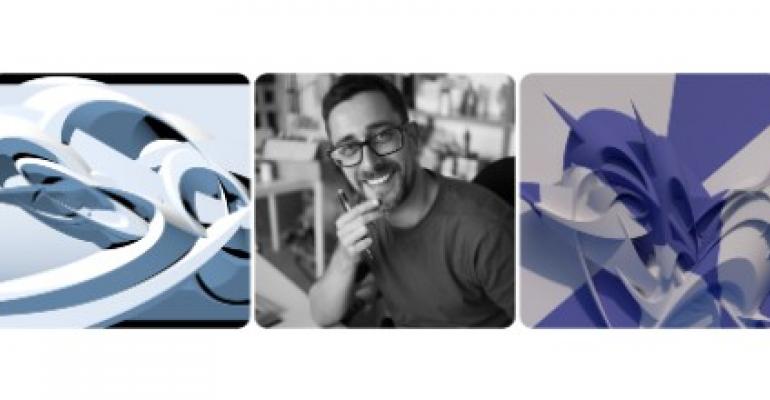 The artist Peeta with two of his NFTs. At left, a detail of the composition on Norwegian Prima's hull and, at right, a copy of the piece that will be displayed in the ship's Penrose Atrium

Norwegian Cruise Line will sail into the metaverse with the cruise industry's first collection of NFTs.

The NFT art pieces were created by Manuel Di Rita, widely known as 'Peeta,' the Italian artist who designed the hull art for Norwegian Prima and Norwegian Viva.

The NFTs will open for auction and sale at 9 a.m. ET April 13 on NCL’s soon to launch online NFT marketplace. All proceeds will be donated to Teach For America, a cause supported by NCL.

The first of the six art pieces will be auctioned at the starting rate of $2,500, with the remaining NFTs sold for prices beginning at $250. The auction's winning bidder will also be awarded a balcony stateroom on one of Norwegian Prima's US inaugural voyages, setting sail from NCL's new PortMiami terminal.

The first piece in the NFT collection resembles the hull art on Norwegian Prima. The additional five NFT pieces showcase some of the innovative 3D designs often depicted in Peeta's works and will be featured aboard Norwegian Prima including in the three-level Penrose Atrium. Some elements are from his Norwegian Viva work.

'We are so excited to partner with Peeta on this first for our brand and for the industry,' NCL President and CEO Harry Sommer said. 'Peeta is a talented artist who has brought the magic and beauty of the ocean to our ships, so we are happy to share this with our guests and to donate the proceeds of this new venture to Teach For America, an organization and a cause very near and dear to our hearts.'

'... Providing our guests the opportunity to own digital assets that connect them with an unforgettable cruise experience is an essential step forward,' said Scott Piccolo, chief digital experience officer, Norwegian Cruise Line Holdings.